Procalcitonin (PCT) is a hormonally inactive precursor of calcitonin composed of 116 amino acids, which is mainly produced and secreted by thyroid follicle cells. Under the action of special proteases, PCT is broken down into amino-terminal peptide, active calcitonin, and calcitonin (1). As an acute phase response protein, PCT has a half-life of 20–24 h in humans and is stable (2). Recent studies have confirmed that PCT can be used as an early diagnostic indicator of infection and its level in serum is positively correlated with the severity of infection. PCT increase in local infections, viral infections, chronic non-specific inflammation, cancer fever, graft-host rejection or autoimmune diseases is insignificant. However, it is significantly increased in severe bacterial, fungal, and parasitic infections, as well as sepsis and multiple organ failure. Therefore, PCT has been widely used in the diagnosis of bacterial infections, differential diagnosis, guiding antimicrobial drug administration, and mortality assessment (3). At present, the clinical detection methods of PCT mainly include electrochemiluminescence and enzyme-linked immunofluorescence. In recent years, chemiluminescence immunoassay has developed extremely fast. It combines the high sensitivity of chemiluminescence and the high specificity of antibody technology. With the characteristics of high sensitivity, good separation effect, short determination time, small inter-batch error, and no radioactive contamination, it has entered the routine application of clinical medicine from the laboratory. There are several chemiluminescence detection systems on the market in China, therefore making it necessary to explore their accuracy and compare them with imported systems. In this paper, we will discuss the accuracy of the domestic chemiluminescence detection system for PCT and its correlation with different imported systems.

We present the following article in accordance with the MDAR reporting checklist (available at http://dx.doi.org/10.21037/atm-20-7047).

According to Clinical and Laboratory Standards Institute (CLSI) EP15-A2, two levels of quality control sera were used. One batch was used per day for each level, and each batch was repeated three times for a total of five days. The experiment also needed to include daily quality control, such that if there was a quality control or operational error within a batch, the results of that batch could be rejected and another batch of results could be made. The mean, standard deviation, and coefficient of variation (CV) for each level to obtain intrabatch precision and total precision were calculated. According to the Clinical Laboratory Improvement Amendments of 1988 (CLIA '88), the in-lot precision was determined as ≤1/4 of the allowable total error (TEa). The total precision was ≤1/3 TEa or, and if not specified in the CLIA '88, the precision data described in the reagent instructions were used or verified in accordance with the requirements of the inter-room quality assessment of the Clinical Laboratory Center of the Ministry of Health of China.

According to the In Vitro Diagnostic Reagents Analytical Performance Assessment Series Guidelines and current domestic industry standards, the CV of the validation material (mixed fresh serum or quality control products) was calculated for 20 consecutive tests in one batch, and the CV within the batch was less than that declared in the instruction manual.

According to CLSI EP6-A (4), in the case of collecting low value and high value serum specimens (concentration as far as possible to cover the linear range of the reagent statement), the closer the high value specimen is to the highest value declared by the manufacturer, the better, and the closer the low value specimen to the lowest value declared by the manufacturer, the better. As to related items of reagents and calibrators, it should maintain the same lot number during the evaluation process. A series of diluted serum concentrations were formed by using low concentration (L) and high concentration (H) sera in proportion to each other (5L, 4L+1H, 3L+2H, 2L+3H, 1L+4H, and 5H). Each experimental sample was tested twice on the assay system. The mean value of the recorded results was calculated, and the measured value and the expected value were compared using regression statistical analysis. Regression and correlation coefficients were calculated, and the average slope method was used to determine the expected value (X) of the diluted samples in the series. The mean value of repeated measurements for all samples was the measured value (Y). According to industry-recognized standards, different manufacturers’ detection systems have different linear ranges, requiring (I) linear results with a linear distribution within the claimed linear range and (II) a correlation coefficient of R>0.99.

The concentration of the sample near 90% of the upper limit of high value was collected. After the sample was diluted, it was measured three times in parallel. The mean value of the three replicates and the deviation between the diluted concentration and the theoretical concentration were calculated. A deviation of less than the maximum allowable error (Tea, 30%) was the widest requirement, and the best requirement was less than 1/2 of Tea; if the deviation between the expected value and the theoretical value was ≤1/2 of Tea, the concentration level selected for the test multiplied by the number of dilutions was considered the upper limit of the clinical reportable range.

Forty fresh patient samples that met the required sample size for the test method were retained (samples were evenly distributed within the linear range) to ensure that the samples were of the common type used in routine tests and that the analyses were stable and reliable prior to measurement. The selected samples were tested with the CL900I (Mindray) analytical system and corresponding reagent kits according to CLSI EP15-A2 (6). Also, they were compared with the reference system (Roche E602 testing system) for methodological comparison. The results was “Y = aX + b”, with R2 >0.97 and a relative bias of less than 1/2 TEA compared with reference system (0.5 ng/mL). According to the EP9-A2 document, if the index cannot be met, you can expand the sample range or partition bias analysis; linear fitting is recommended to eliminate outliers and calculate the average of the difference between the two methods of measurement results (Y-X). When it exceeds 4 times the average, the sample is judged to be an outlier.

The experimental results were analyzed by one-dimensional linear regression analysis. The bias was determined using the Bland-Altman method, with the mean of the two methods of detection as the x-axis and the difference as the y-axis.

Twenty cases of normal human blood samples, both male and female, aged from 20 to 70 years old, were randomly selected. They were calibrated and quality-controlled with Mindray’s original reagents; the quality control data qualified this batch of samples. The results of 19 cases were in the range of 0–0.05 ng/mL, and the result of 1 case was 0.054 ng/mL, which met the requirement that there should not be 2 samples out of the range. Thus, the reference range passed the verification. 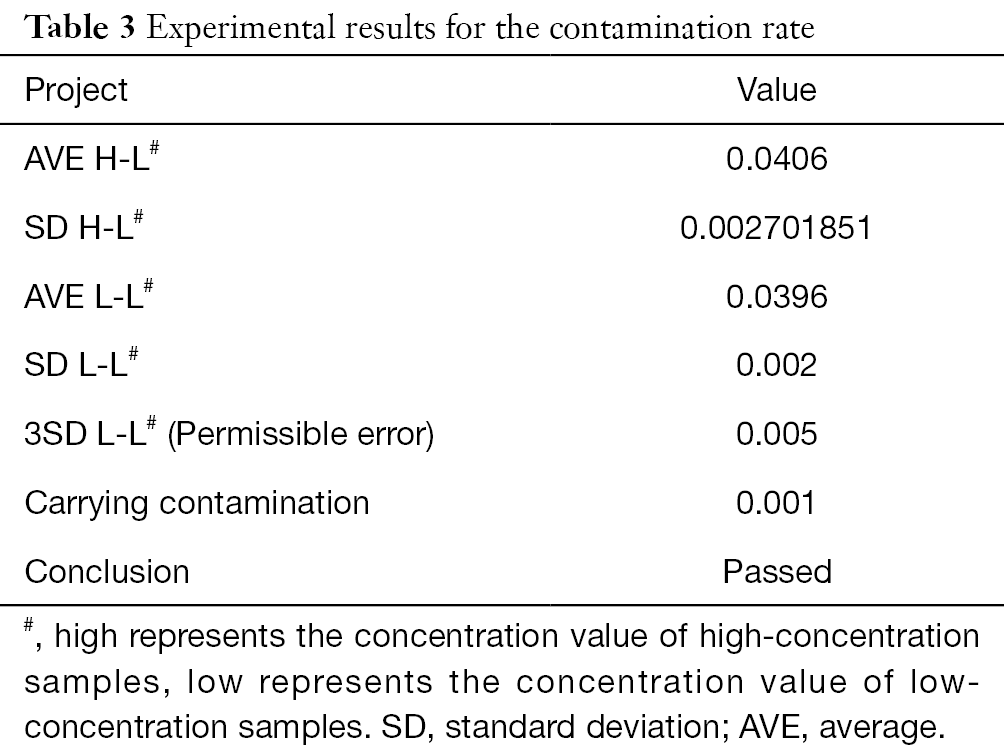 The results of the Mindray assay range validation test are shown in Table 4, with a clinically reportable range of 0.02–369.585 ng/mL. 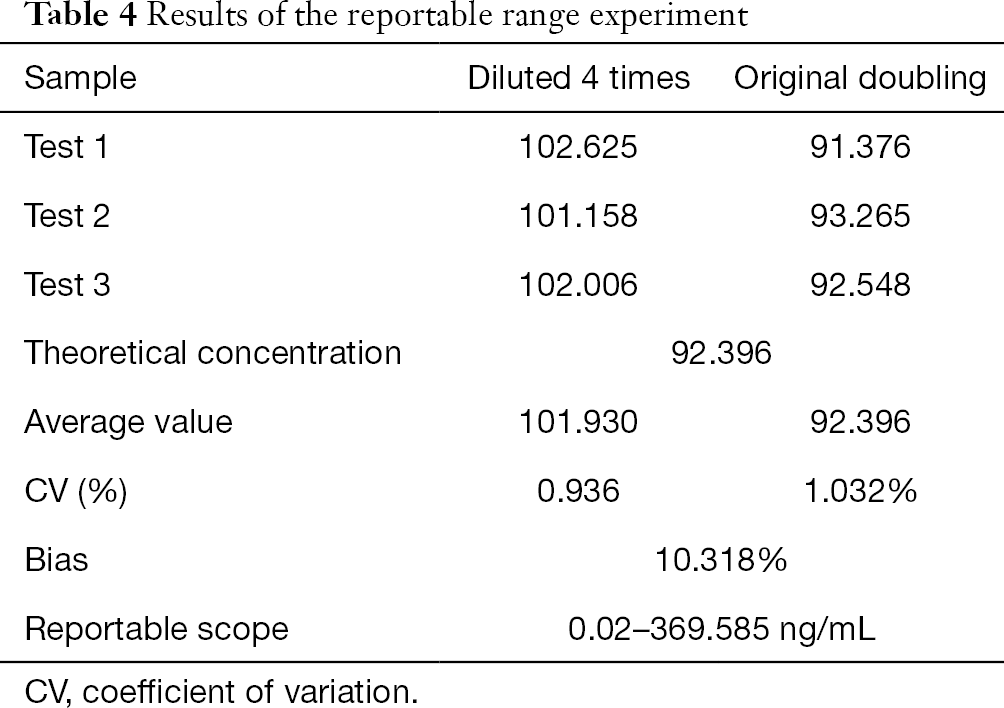 Figure 3 Results of the methodological comparison test between Mindray CL900I and the New Industry Snibe 2000.

As a marker of severe bacterial infection, PCT is important for the diagnosis, treatment, and prognosis. Compared to inflammatory factors, such as interleukin-6 (IL-6), IL-8, tumor necrosis factor (TNF), white blood cell count, C -reactive protein, blood sedimentation rate, and other traditional diagnostic indicators, PCT has better accuracy and sensitivity (7-9). Meanwhile, PCT is a distinguishing marker between bacterial and non-bacterial infections, and it can guide the proper use of clinical antibiotics, which is clinically important in shortening or reducing the duration of antibiotic use by assessing the efficacy of antibiotics (8).

Clinically, the quantitative methods commonly used for PCT detection include radioimmunoassay, immunofluorescence, double-antibody sandwich immunochemiluminescence, enzyme immunoassay, and others. In this study, the performance of the domestic chemiluminescence detection system for the determination of PCT was explored through the experimental evaluation of the precision, linear range, biological reference interval, reportable range, carry contamination rate, and correctness validation, and through methodological comparison. The results showed that the domestic chemiluminescence detection system had good intrabatch and interbatch precision within the linear range; the credible maximum dilution factor was 4 times, the clinical reportable range was 0.02­–369.585 ng/mL, and it had a good linear gradient relationship within the detection range of the kit. Thus, the methodological comparison test was considered to meet the needs of clinical testing. The three-way comparison of Mindray CL900I, the reference system Roche E602, and the New Industry Snibe 2000 showed good correlation coefficients of 0.9986 and 0.983, respectively. Meanwhile, the Mindray CL900I maintained a high degree of consistency with the Roche E602 in the interpretation of the clinical diagnostic level results. The coincidence rate of Mindray segmented diagnostic test results (exclude bacterial infection concentration (<0.25 ng/mL), recommended antibiotic treatment concentration (0.25–0.5 ng/mL), highly recommended antibiotic treatment concentration (>0.5 ng/mL) with Roche E602 reference system was 100%.

In summary, the Mindray chemiluminescence detection system for PCT detection is efficient but automatic and accurate, and has good correlation with the imported systems.

Reporting Checklist: The authors have completed the MDAR reporting checklist. Available at http://dx.doi.org/10.21037/atm-20-7047

Conflicts of Interest: All authors have completed the ICMJE uniform disclosure form (available at http://dx.doi.org/10.21037/atm-20-7047). The authors have no conflicts of interest to declare.

Ethical Statement: The authors are accountable for all aspects of the work in ensuring that questions related to the accuracy or integrity of any part of the work are appropriately investigated and resolved. All samples were collected with the informed consent of the patients, and approval was received from the medical ethics committee of Union Hospital Affiliated with Tongji Medical College of Huazhong University of Science and Technology. All procedures performed in this study involving human participants were in accordance with the Declaration of Helsinki (as revised in 2013).