A brother and sister with breast cancer, BRCA2 mutations and bilateral supernumerary nipples

A phenotypically normal 54-year-old man was diagnosed with infiltrating ductal carcinoma of the right breast for which he underwent right mastectomy and right axillary clearance. Seven of ten right axillary lymph nodes were positive for metastatic disease. His histopathological staging was pT1pN2M0.

He received postoperative chemotherapy and radiotherapy to the right chest wall and right supraclavicular fossa. He was subsequently commenced on tamoxifen.

There was no evidence of cancer recurrence at follow up 12 months after completing radiotherapy. However, at the follow up examination he was incidentally noted to have bilateral supernumerary nipples along the milk line on the lower chest/upper abdomen (Figure 1). Clinically, the patient or his relatives had no genetic syndrome. However, his family history was significant for one sister having had breast cancer diagnosed at age 40 (Figure 2). Interestingly, the same sister also had bilateral supernumerary nipples, which had previously been removed for cosmetic reasons, and a BRCA2 mutation, as had our case. 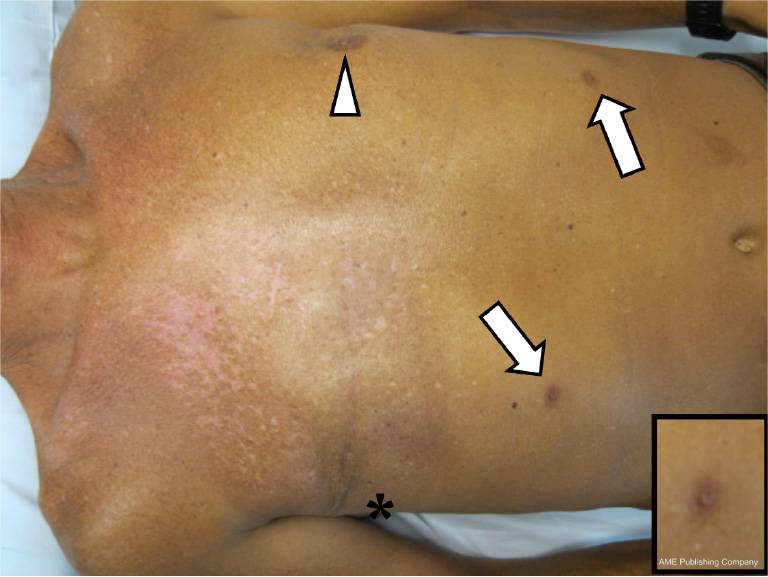 Figure 1 Image of the patient showing bilateral supernumerary nipples along the milk line on the lower chest and abdomen. Bottom right: magnified view of left accessory nipple and areola. 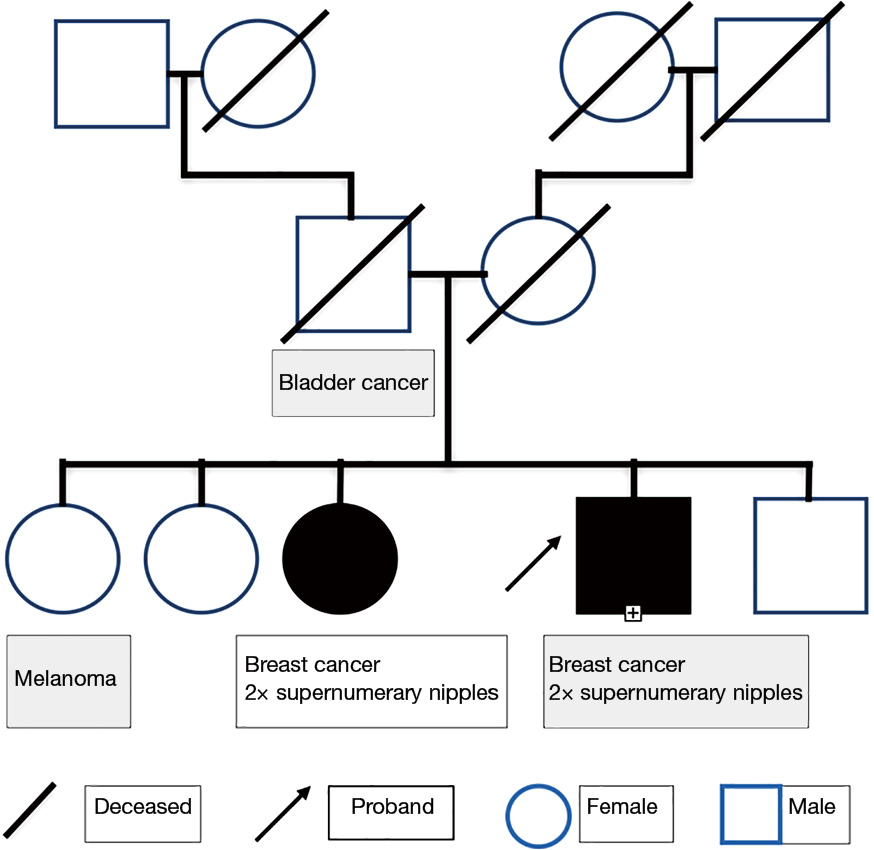 Ultrasound in the region of the supernumerary nipples revealed elevation of the skin with a little underlying hypoechoic tissue. No convincing mass was seen and there was no connection to deeper structures. The soft tissues of the anterior abdominal wall appeared normal. We recommended removal of the two supernumerary nipples, which were subsequently resected. The macroscopic and microscopic appearance of the nipples was normal. The histological appearance of the resected specimen is shown in Figure 3. 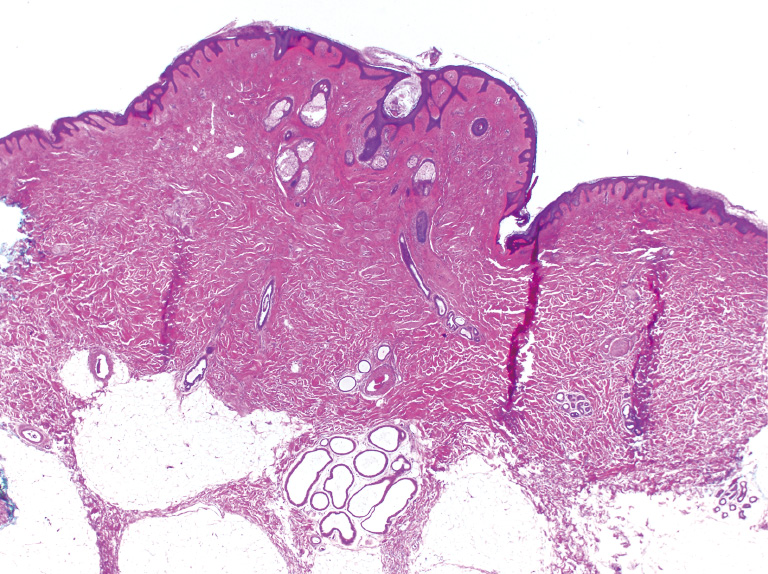 Figure 3 Low power (×4) histological view of one of the accessory nipples from the male case. Macroscopically and microscopically normal nipples, with a very small amount of underlying glandular tissue.

Male breast cancer accounts for about 1% of all incidents of breast carcinoma. Approximately 20% of men with breast cancer have a family history of the disease. Genetic risk factors for breast cancer in men include Klinefelter syndrome and BRCA1 and BRCA2 mutations, with the latter a more characteristic predisposing factor. Mutations in the PTEN tumour suppressor gene and the mismatch repair gene human mutL homolog 1 (hMLH1) have been associated with, but not clearly shown, to increase breast cancer risk in men (25).

Ethical Statement: Ethics approval for this study was given by North Coast Area Health Region Ethics Committee (ID: 08-16) and the patient who was the subject of the case report gave consent for reproduction of a de-identified photograph of himself.