Thoracic surgical training in Europe: what has changed recently?

Based on what he had seen from his German teacher Theodor Billroth, William Halsted declared his, at that time revolutionary, “principles of surgical training” (Figure 1) in a landmark lecture given at Yale University in 1904 (1). These principles were the basics for training of generations of surgeons in the Western world. Although these principles are still valid in today’s surgical training, new challenges have to be dealt with in modern times: the subspecialisation in surgery and even the super-specialisation in thoracic surgery (TS) create a hard to define extent of curriculum for today’s thoracic surgical resident. In Europe, there are existing training programs in general and thoracic surgery, thoracic surgery, cardiothoracic surgery, vascular and thoracic surgery and whether oesophageal surgery is in the curriculum or not, differs widely (2). Also, technical evolution over the past decades with development of minimal invasive techniques, robotics and interventional endoscopy asks for integration between different specialities which obviously will have repercussions on training. 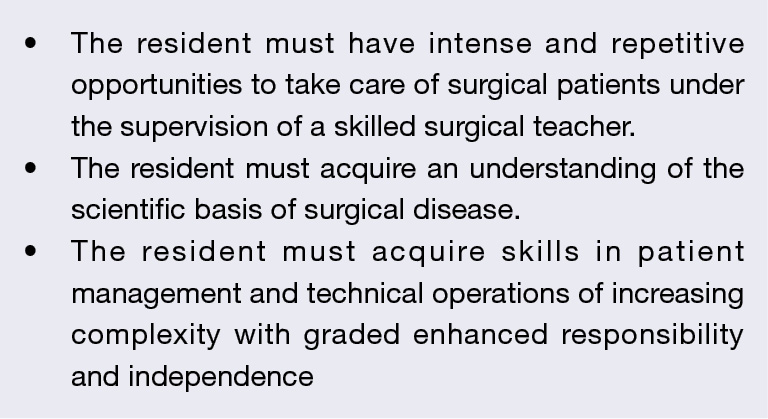 As a result, over the last two decades, several initiatives were taken to organize, to uniform and to improve the training in TS all over Europe, some with a substantial impact, others with fewer impacts. Both European scientific organisations—European Association of CardioThoracic Surgeons (EACTS) and European Society of Thoracic Surgeons (ESTS)—were closely involved in most of the initiatives. In this article, some of those initiatives will be reviewed and their effect on current practice in TS training in Europe will be commented (Figure 2). 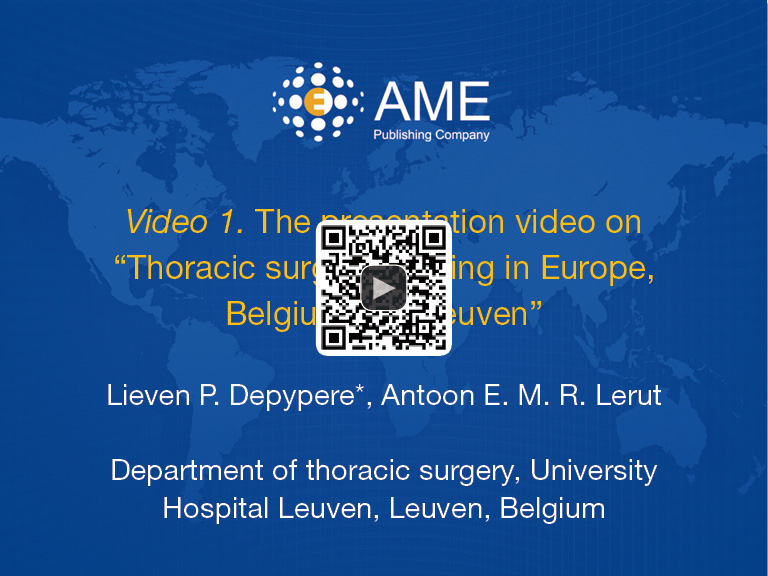 In 2001 the paper “Structure of General Thoracic Surgery in Europe” by Walter Klepetko and co-authors was published on behalf of the EACTS/ESTS working group on structure of Thoracic Surgery (4). The article was intended as guidance to national governments and regional authorities and it was expected to result in an improved quality of patient care European wide, and also in an improved cost-efficiency of TS. A few years earlier a European Board of Thoracic and Cardiovascular Surgeons (EBTCS) had been established by the scientific organisations offering examinations in both cardiac as well as TS, to guarantee quality of education and recertification in TS (5).

The famous European Working Time Directive (EWTD) was initially created in 1993 to adopt minimum requirements covering certain aspects of the organisation of working time connected with workers’ health and safety (6). In 2003, the EWTD provisions were extended to doctors-in-training whose maximum working hours were reduced to 48 h with voluntary possibility to opt out with maximum working hours to 60 h (7). This is to ensure that they do not, as a result of fatigue or other irregular working patterns, cause injury or medical error.

In 2005, the European Directive on the recognition of professional qualification stated that specialist training needed a minimum of 5 years after a 6-year basic medical training and that mutual recognition amongst member states should be the goal in accordance to the freedom of movement within the EU (8).

Initiative 3: creation of the theoretical concept of an educational platform on general thoracic surgery (ESTS) and restructuring of the European School of Cardiothoracic Surgery (EACTS)

As largest scientific organisation for general thoracic surgeons worldwide, the ESTS conceived the educational platform on general thoracic surgery in 2006 (9). The aims were to prepare trainees to graduation and to their certification and also to offer opportunities for continuous medical education in the perspective of life-long learning and continuous professional development to certified thoracic surgeons. The first practical realisation was the opening of the Elancourt School for hands-on courses in 2007 as incarnation of the skills learning track. This, together with the knowledge track of the Antalya School, forms the pillars of the platform. The academic competence learning track and the e-learning platform were recently added to meet uncovered needs. Several scholarships were made available in order to encourage trainees from low-income countries to participate.

The EACTS, nowadays mainly representing cardiac and cardiothoracic surgeons in Europe, has recently restructured its European School of Cardiothoracic Surgery. The EACTS academy provides theoretical and practical courses on TS independently from the cardiac surgery courses. Also the EACTS committee on general TS, founded in 1996 has recently been reformed into the thoracic domain with several working groups on specific topics in TS (5,10).

In 2012, a survey on thoracic surgery in Europe in 25 countries, commissioned by the EUMS, was performed by T Lerut. The results of the survey are shown in Table 1 (additional detailed Tables S1-S4 in the online version), highlighting designation of the specialty, length and content of training, number of procedures to be performed as operating surgeon before certification and spread of training centres per million inhabitants. 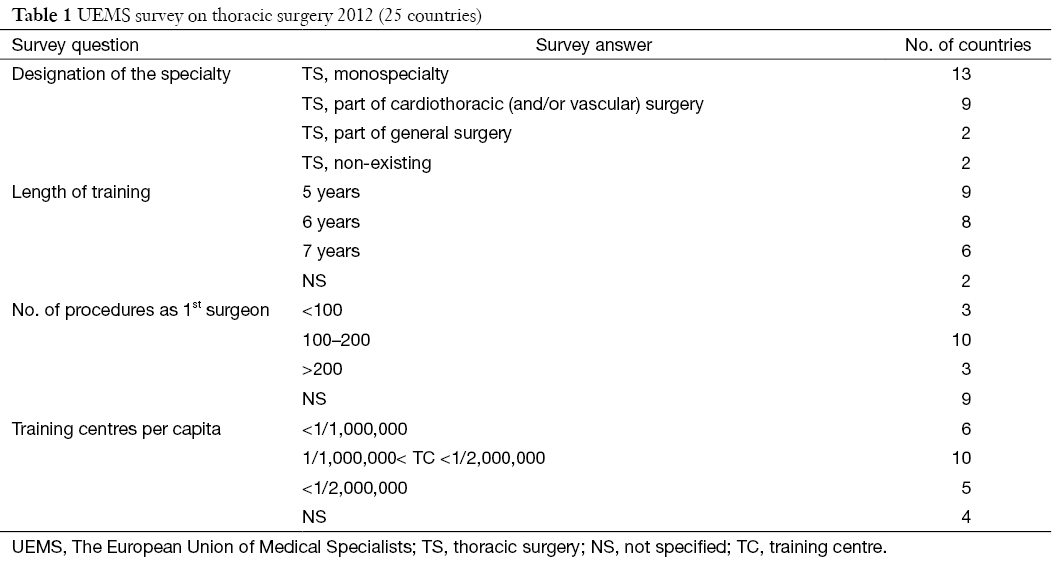 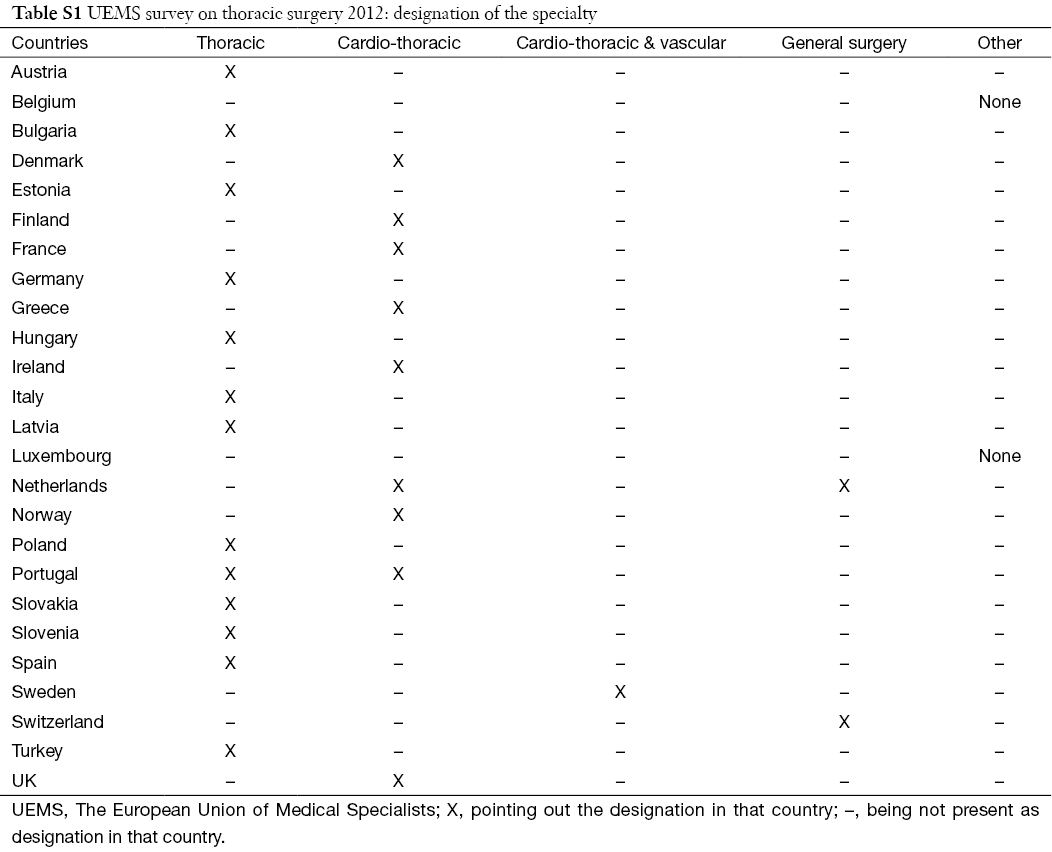 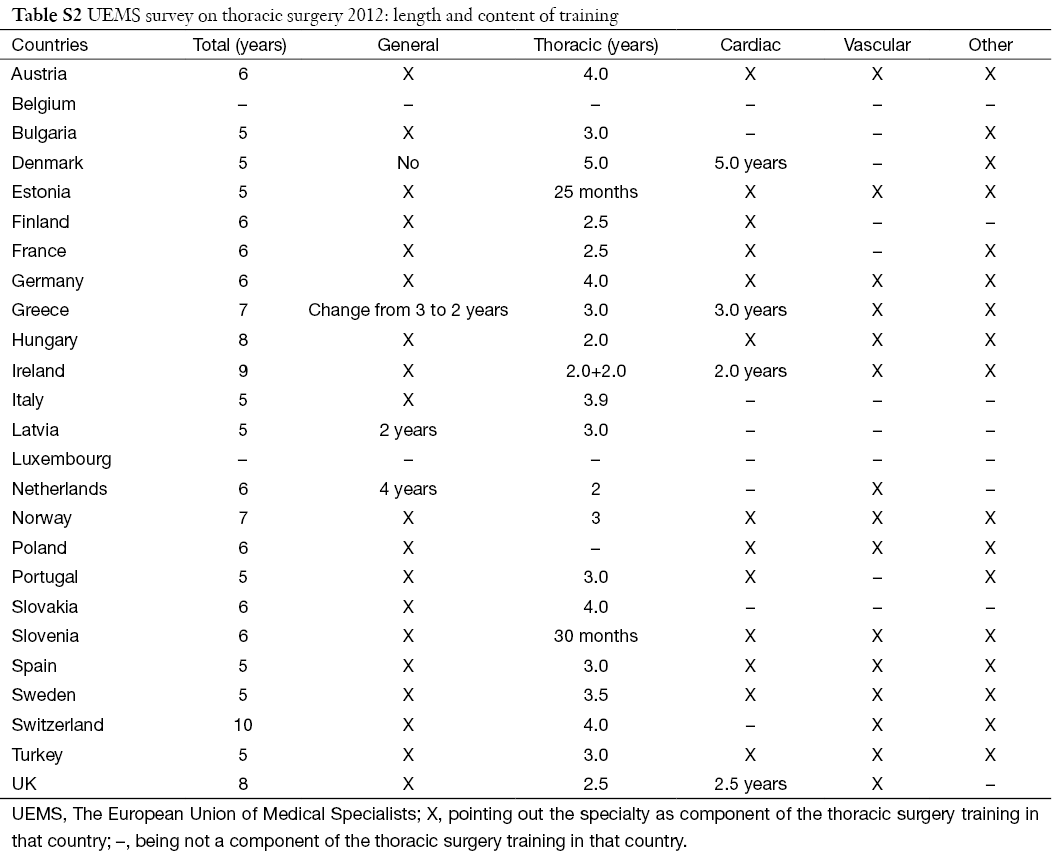 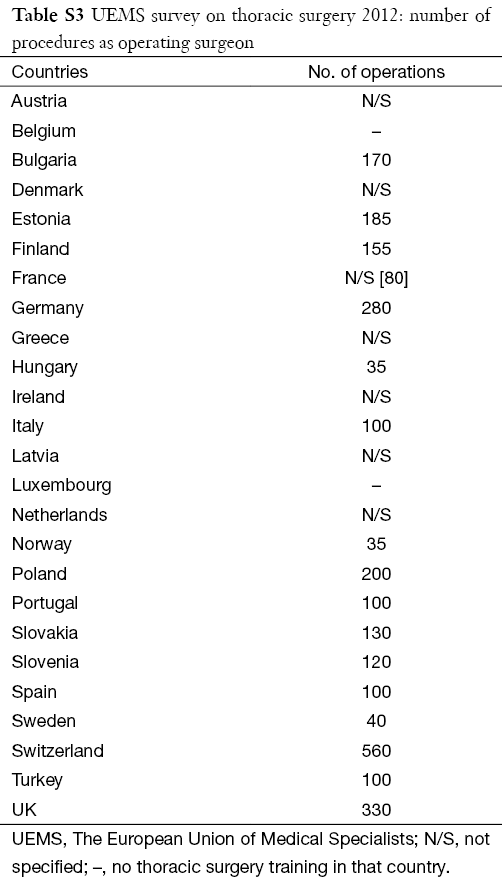 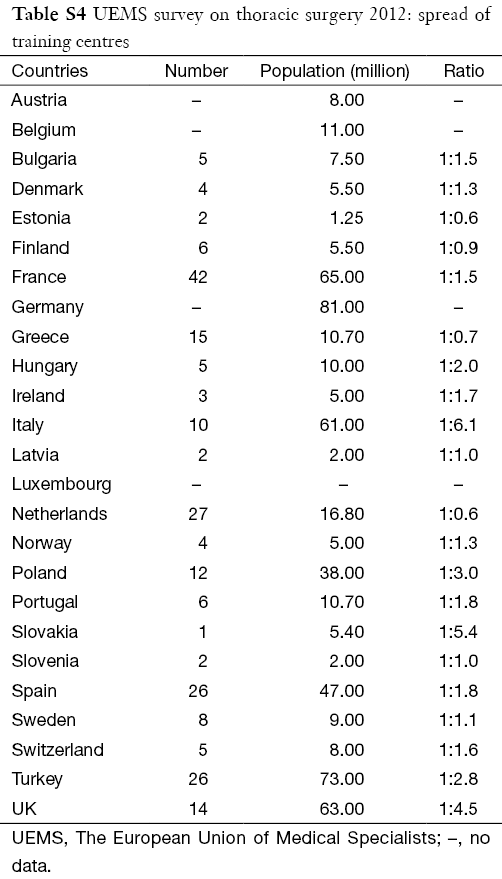 The individual effects of aforementioned initiatives are hard to convert in absolute facts. Anyhow the impact on TS training in Europe was and is substantial. Since publication of the paper “Structure of General Thoracic Surgery in Europe”, the structure of TS in several European countries has factually changed: e.g., in Switzerland and Portugal thoracic surgery became an independent specialty. Also several countries are recognising TS more and more as a true separate surgical specialty, as a reflection of the European Directive on the recognition of professional qualification: e.g., in the United Kingdom, a specific track in TS training has been created apart from the existing cardiothoracic training, and in the Netherlands, there is now a separate thoracic track after completing general surgery training.

Furthermore, centralisation is an on-going process in many countries e.g., in Denmark nationwide there are currently four centres performing thoracic surgery where there used to be twelve. Also in Sweden and Slovenia the amount of centres was restricted to ten and three respectively. These evolutions underline the original aim of the publication to improve quality of patient care and cost-efficiency of TS.

More recently, new initiatives have been taken to further improve the quality and the position of TS European wide. In 2014, an update of the guidelines on the structure of TS in Europe has been published (13), as well as a paper on European institutional accreditation (14). Similarly, in several countries national guidelines have been established.

Another dramatic change in the European landscape of thoracic surgical training was initiated by the implementation of specific European Directives: traditionally, thoracic surgeons work more than 60 h a week and in 2010, Sádaba et al. (15) found that still more than 60% of trainees in cardiothoracic surgery were working more than 60 h a week, meaning that EWTD had not been applied across the EU. Most trainees even believed that the 48-h working week was insufficient to achieve an adequate level of surgical competence. Our evaluation of the implementation of EWTD in Belgium amongst Flemish surgical trainees showed a significant decrease in working time, but also a significant increase of medical administrative workload (16). This EWTD will probably be one of most challenging changes for TS training in Europe, although some authors state that proper training within the EWTD context is perfectly feasible (17).

TS training context has changed dramatically in Europe as described above, but providing a solid content is at least as important. To do this the ESTS Database Committee, founded the ESTS registry in 2001 and several national scientific thoracic surgery societies have followed this example on a national level, e.g., Epithor in France. With creation of first the UEMS EBCTS and later the EBTS, an effort is made on a European level, especially for TS to obtain a standardization and harmonization of training within the EU member states. Both scientific organisations EACTS and ESTS play an important role in supporting TS trainees and preparing them for EBCTS and EBTS exams.

Since 2014, during the annual conference, the first ESTS trainees’ symposium was held in order to facilitate debate and discussion on important issues facing thoracic surgical trainees internationally.

Furthermore, a recent “first ESTS trainee survey” added new information, which can be useful in future projects for improvement of TS training in Europe (18).

Conflicts of Interest: This paper is based on the presentation “Thoracic Surgery Training in Europe, Belgium and Leuven”, given in Shenzhen, China on December 13th 2015, during the preselection of the Chinese junior candidate for the ESTS postgraduate course to be held in Naples, Italy on May 29th 2016.