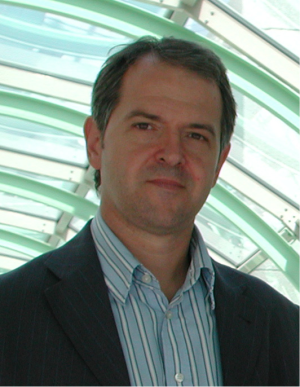 Innovation in thoracic surgery is today increasingly focused on minimally invasive techniques that may reduce postoperative pain and morbidity while offering short hospitalization and optimal cosmesis.

Non-intubated thoracic surgery is aimed at providing ultra-minimally invasive surgical care by summing up the advantages of video-assisted thoracoscopic surgery to those of anesthesia methods which do not require general anesthesia and tracheal intubation.

The rationale is that avoidance of adverse effects of intubated anesthesia with single-lung mechanical ventilation could result in smoother and more rapid recovery than standard thoracoscopic surgery, and could also allow to operate on patients otherwise considered inoperable due to their advanced age, poor pulmonary function or other associated co-morbidity.

This special issue of the Annals of Translational Medicine is aimed at summarizing some of the most recent advances achieved in this innovative field of thoracic surgery.

As the guest Editor of this issue, I would try to provide simple keys of lecture that might help illustrate the conceptual basis and at least some of the potential future developments of nonintubated thoracic surgery.

The first is based on a sort of nostalgic perspective or rather a respectful consideration of our surgical heritage provided that most of the major advances achieved in thoracic surgery have been possible taking into account previous intuition and achievements of pioneers surgeons that have been subsequently re-elaborated thanks to better physiological knowledge, creative ideas and novel technology.

Nonintubated thoracic surgery is not an exception. At the beginning of the 20th century, many surgical procedures were frequently attempted through regional anesthesia, although the surgically created open pneumothorax was deemed an almost invariably fatal event. In the early 1920s advances in anesthesia techniques and a better understanding of respiratory physiology led to a more confident use of regional anesthesia in thoracic surgery. Regional anesthesia was also used to perform the very first thoracoscopic procedures by Jacobeaus who added phenobarbital or bromide to sedate anxious patients. Subsequent technical refinements included a more efficient control of pain and undue reflexes and the development of paravertebral blocks. The use of thoracic epidural anesthesia under spontaneous ventilation was first proposed in 1950 by Buckingham and coworkers. Few years later, Vischnevski performed major lung resections and even esophagectomies by a multistep local analgesia protocol that included a vagal block to abolish coughing reflexes.

However, in the late 50s, the development of double-lumen tube intubation with single-lung mechanical ventilation disclosed the possibility to operate on a totally collapsed lung and led to the birth of modern thoracic surgery. Use of regional anesthesia in thoracic surgery was then rapidly abandoned and relegated to a minor role in medical thoracoscopy until few years ago (1).

The development of a rationale for nonintubated thoracic surgery has been aided by a precise understanding of the adverse effects of intubated general anesthesia with mechanical ventilation which include muscle-relaxants-related paralysis of the diaphragm, mechanical injury of the airways, atelectasis in the dependent lung and the multi-factorial ventilator-induced injury entailing a barotrauma, a volutrauma, an atelectrauma and a biotrauma.

As a result, nonintubated thoracic surgery is currently performed according to different anesthesia protocols which include, as a common denominator, the avoidance of tracheal intubation while maintaining spontaneous ventilation. Thoracic analgesia can be achieved by epidural anesthesia, intercostals blocks or less frequently, by paravertebral blocks. Sedation is currently minimized or even completely avoided within pure awake thoracic surgery programs. On the other hand, sedation is preferred by some teams in the believe that unconsciousness and subsequent amnesia of the surgical procedure are to be pursued whenever possible. To this purpose, bispectral index monitoring has been advocated to keep the level of sedation at an optimal level without compromising spontaneous ventilation. In addition, to facilitate surgical maneuvering particularly during major lung resections, selective intrathoracic vagal blockade through subpleural injection of local anesthetics is also employed to temporarily abolish the coughing reflex. Finally use of laryngeal mask has been anecdotally reported to assist ventilation during nonintubated procedures.

Nonetheless, nonintubated thoracic anesthesia also induce some meaningful physiologic changes. In particular, creation of a surgical pneumothorax can be followed by hypoxemia and hypercapnia, which however have shown to be, respectively, easily corrected and safely tolerated in most of instances even by subjects with severe respiratory impairment. Additional behavioral problems are related to the peri-operative level of consciousness of the patient, which can become stressful and requires careful consideration by the surgical staff members. In this regard, adoption of simple strategies including a mindful approach, maintenance of a peaceful environment, use of verbal etiquette and re-assuring interactions with the patient can significantly improve the art of care during awake procedures and should become an integral part of thoracic surgery residency teaching programs (2).

A further key is that related to a critical and reasonable analysis of evidence-based data.

In fact, following a sort of initial brainstorming effect resulting in enthusiastic adoption of non-intubated thoracic surgery strategies to perform a wide variety of procedures including pneumonectomy (3) and even tracheal resection (4), there exists the need to delineate some relatively consolidated paths according to the most reliable scientific knowledge accumulated on this topic.

I believe that one relates to standardization of simple and fast procedures including management of recurrent pleural effusion and of spontaneous pneumothorax for which results of non-intubated thoracic surgery has been shown to be excellent. A second path entails nonintubated thoracic surgery procedures including bullectomy, lung volume reduction surgery and non-anatomical lung resections in patients with severe respiratory impairment, for whom general anesthesia and one-lung ventilation per se can represent a life-threatening risk.

The third path refers to oncologic surgery in patients who are deemed poor-surgical candidates due to advanced age or other comorbid conditions such as severe carotid artery stenosis before surgery, a history of severe cerebral infarction or respiratory failure (5). Anatomical lung resection including lobectomy (6), segmentectomy and even bronchial sleeve resection (7), have been successfully carried out by non-intubated thoracic surgery although generalized indications for these procedures are still highly debated provided that general anesthesia with single-lung ventilation is widely preferred to perform procedures entailing delicate vascular manoeuvring around the pulmonary hilum.

Other paths can be foreseen according to a somewhat visionary perspective. One of these is related to the anecdotal finding that non-intubated thoracic surgery can reduce early postoperative immunologic impairment and stress hormone response (8). If confirmed by future studies, the practical implications of such a finding could be relevant and might reflect in lower morbidity rates and even better resistance to cancer spread with longer survival in oncologic surgery. In addition, it is likely that nonintubated thoracic surgery strategies will be incorporated in fast-track and day-surgery programs to accelerate patients’ turnover while offering safe and reliable surgical care. In this respect, it looks particularly appealing the possibility to rapidly treat trauma patients requiring thoracoscopic exploration and particular septic conditions such as intractable cavitary lung infections.

Finally, additional options that may contribute to minimize the overall surgery-related trauma once combined with nonintubated thoracic surgery strategies include the adoption of single incision thoracoscopic approaches that have been already anecdotally reported and hold promise, and even of robotized approaches that can enhance the surgeons’ dexterity over any expectable human limit.

Hopefully, future multi-institutional and multidisciplinary investigations will help define more precisely the role of these ultra-minimally invasive strategies in terms of indications, methods and results.

I would argue that being nostalgic enough, reasonable, and even somewhat visionary might all prove useful prerequisites for investigators who decide to dedicate their research activity to the progress of nonintubated thoracic surgery.