Ultrasound features and the diagnostic strategy of subhepatic appendicitis

We present the following article in accordance with the STROBE reporting checklist (available at http://dx.doi.org/10.21037/atm-20-5265).

All procedures performed in this study involving human participants were in accordance with the Declaration of Helsinki (as revised in 2013). This study was reviewed and approved by the Ethics Committee of Jizhong Energy Fengfeng Group Hospital and informed consent was taken from all the patients. Totally 1,591 patients with appendicitis who were treated at Jizhong Energy Fengfeng Group Hospital between January 2014 and January 2018 were analyzed, and 20 patients with subhepatic appendicitis, confirmed through an open appendectomy, or laparoscopic appendectomy, was selected as the population. Eighteen of the patients had complete clinical data and preoperative US data. 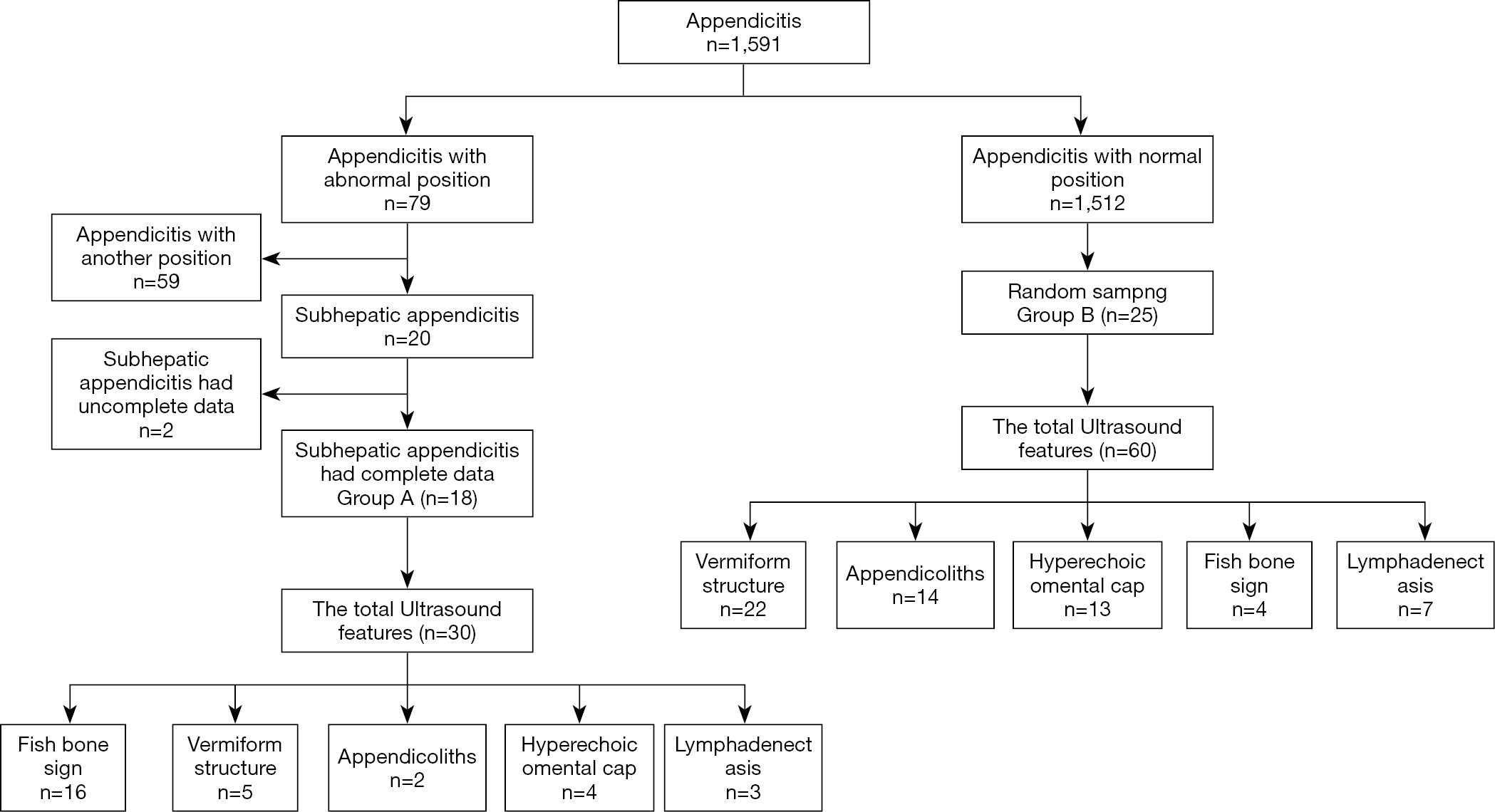 Figure 1 Flow diagram for the patients. Data are presented as the number of patients in each category.

Exclusion criteria for the study were: (I) patients without undergoing ultrasound examination before surgery; (II) patients with incomplete clinical data; (III) cases without having been confirmed through surgery; (IV) patients who are complicated by periappendiceal abscess and not fit for phase I surgical treatment; (V) Crohn’s disease; (VI) right-sided diverticulitis; (VII) right-sided segmental omental infarction; (VIII) appendiceal lesions with appendiceal mucocele.

Classification: the ultrasound-positive findings in Group A and Group B were sorted and classified on the screening results and clinical experience.

Variables for observation: (I) the fishbone sign: When the jejunum dilates in the lower abdomen, the small intestinal mucosa can be recognized, and jejunal villi can be recognized, presenting with fishbone-like ultrasound findings; (II) enlarged appendix: a vermiform structure in the right lower or upper abdomen, with a lumen diameter >6 mm and a wall thickness >2 mm (6,7); (III) the presence of lymphadenectasis in the abdominal cavity, with the ratio of the long axis-short axis <2 and the short axis >5 mm (8); (IV) appendicoliths: calcified fecal deposits that are known as appendicoliths, manifested as strong cloddy echoes with sound shadows behind on the ultrasound imaging (9-13); (V) hyperechoic omental cap: thickened oedematous omentum surrounding the appendix (Figures 2-5). 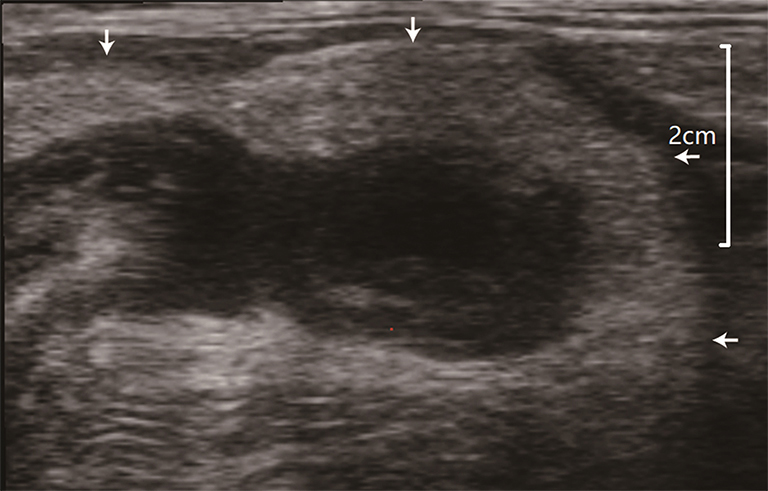 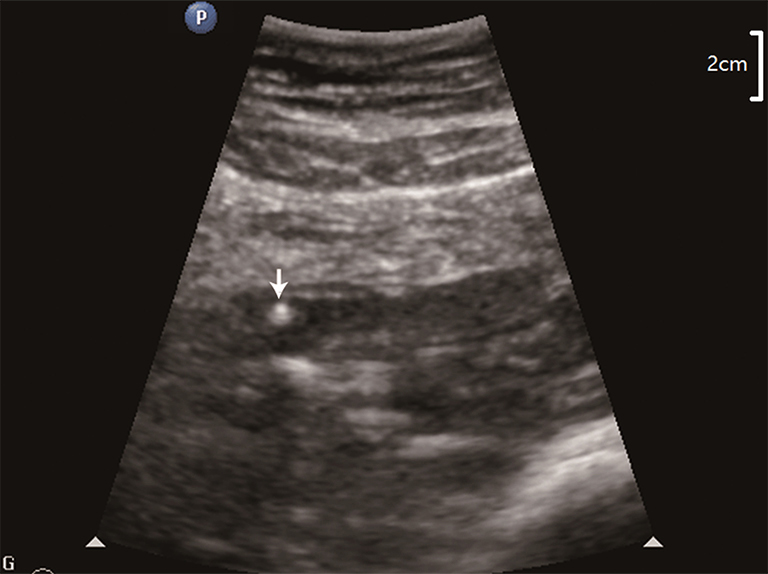 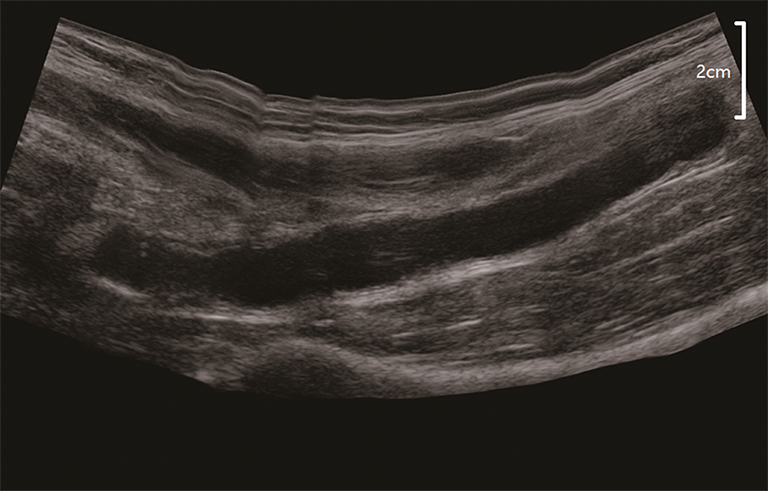 General clinical data include patient age, sex, body mass index (BMI), white blood cell (WBC), neutrophil percentage, body temperature, with or without the irritative symptoms of peritonitis, with or without signs of metastatic lower abdominal pain, and course of the disease.

SPSS21.0 software was used for statistical analysis. Measurement variables were expressed in , and the t-test was used for comparing the differences in the measured values between the two groups. A Chi-square test was used for comparison of count variables between the two groups. The Contingency Table was used for ordered categorical variables. Spearman’s rank correlation was used for testing on the correlation of ranked variables, and P<0.05 showed a statistical difference. Remove cases with incomplete data. The quality management tools of this study are the Pareto chart and the Pareto principle. The Pareto chart was drawn to find the main diagnostic factors according to the Pareto principle.

Comparison of ultrasound findings between Group A and Group B

The observed variables of statistical significance are screened out and ranked by the positive rate from highest to lowest as follows:

Appendicitis with normal position and subhepatic appendicitis is divided into A, B, C and D types for the two groups on the sequences of abnormal positive findings screened out using Chi-square test and on clinical experience

Figure 6 Group A: Type A and Type B were the main ultrasound findings, with a cumulative percentage of 81.25%. 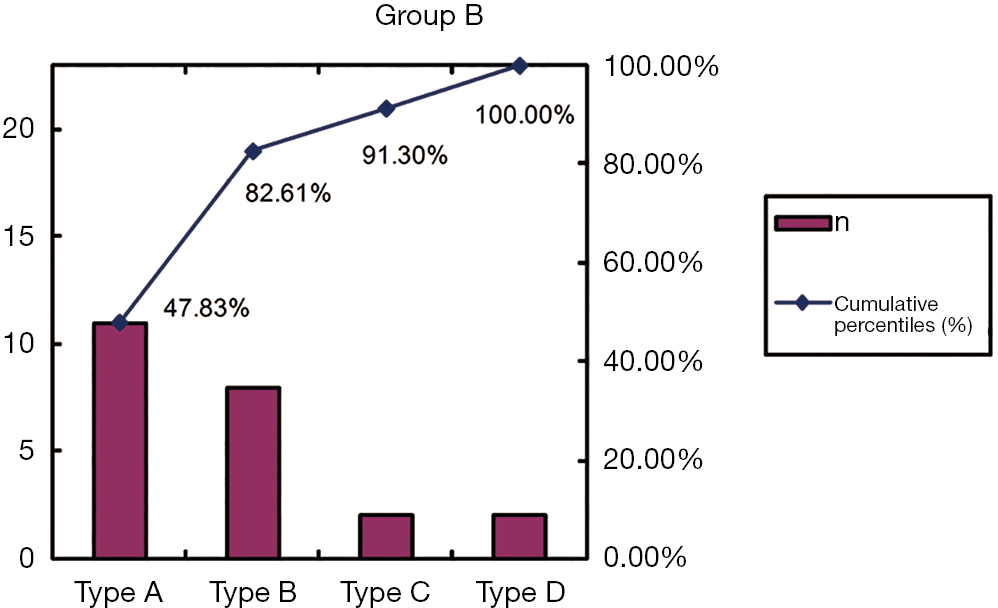 Figure 7 Group B: Type A and Type B were the main ultrasound findings, with a cumulative percentage of 82.61%.

Appendicitis is the most common surgical abdominal emergency in the developed world and developing world (17-21). Although anatomic variations are less common, most of the surprises encountered during an appendectomy are usually due to the various positions of the appendix. It is of great significance for surgeons and ultrasonographers to gain a full understanding of the appendix with an abnormal position (22-24).

The vermiform structure is direct evidence for a diagnosis of appendicitis (Figure 5). When performed by ultrasonographers properly trained on acute abdominal ultrasound, appendicitis with the standard position was displayed by up to 90%. This figure shows the advantage of ultrasound in the diagnosis of appendicitis in a normal position. While in Group A, the display rate was only 27.8%. This difference could be attributed to the following: (I) the physician performing the examination was not familiar with subhepatic appendicitis, resulting in a decreased detection rate of subhepatic appendicitis; (II) significant anatomic variation exists with an appendix with a high position, for it can appear at any position in the abdominal cavity. The uncertainty of the anatomic position has increased the difficulty in locating the appendix; (III) the appendix with the high position is mostly located in posterior colon/jejunum, and gas present in the colon interferes with the display of the appendix.

After a statistical comparison, the observed variable lymphadenectasis in the abdominal cavity was not included as a subject of this study, and it fulfills the diagnostic thinking. Appendiceal inflammation is not an independent correlation factor for lymphadenectasis. (I) Age is a confounding factor for the display of lymphadenectasis, which has a varying rate of display in different age groups, with a higher rate in the infants than in the adults. (II) Multiple abdominal disorders can lead to lymphadenectasis, including inflammatory bowel disease, gastrointestinal tumor, mesenteric lymphadenitis. The Pareto principle is also known as the 80/20 rule, the law of the vital few, or the principle of factor sparsity (36,37). The Pareto chart is a bar chart of frequencies sorted by frequency. The most commonly used incarnation of the chart puts the highest bars on the left and includes a line showing the scores produced by adding the heights in order from left to right. This chart is used widely in quality control settings to find critical factors leading to failure or defects in a process. The Pareto chart principle is widely applied in the management, and applying this principle can show the leading factors of the problem efficiently and objectively. We applied this principle in finding the leading factors for ultrasonic findings of subhepatic appendicitis in this study, which was a combination of statistics and management. This principle was used to summarize the diagnosis of subhepatic appendicitis: only 20% of ultrasound-positive features were presented in 80% of the patients with subhepatic appendicitis (38-42).

A specialized diagnostic strategy for subhepatic appendicitis for patients with clinically suspicious appendicitis when a vermiform structure is not scanned in the right lower abdomen and only dilated ileum (the fishbone sign) should be utilized. A scan focusing on determining whether there is a presence of vermiform structure in the right upper abdomen should be performed, and the possibility of subhepatic appendicitis should not be ruled out even if the presence of the appendix with the high position is discovered.

Reporting Checklist: The authors have completed the STROBE reporting checklist. Available at http://dx.doi.org/10.21037/atm-20-5265

Conflicts of Interest: All authors have completed the ICMJE uniform disclosure form (available at http://dx.doi.org/10.21037/atm-20-5265). The authors have no conflicts of interest to declare.

Ethical Statement: The authors are accountable for all aspects of the work in ensuring that questions related to the accuracy or integrity of any part of the work are appropriately investigated and resolved. All procedures performed in this study involving human participants were in accordance with the Declaration of Helsinki (as revised in 2013). This study was reviewed and approved by the Ethics Committee of Jizhong Energy Fengfeng Group Hospital and informed consent was taken from all the patients.