Pancreatic ductal epithelial cells make up the structural basis of pancreatic ducts and have a close association with the pathogenesis of pancreatitis, pancreatic cystic fibrosis, and pancreatic ductal cell adenocarcinoma (1,2). With stem cell potential, they can be cultured in vitro, amplified, and induced to differentiate into pancreatic endocrine cells. Therefore, they could hold the key to resolving the issue of a donor shortage for clinical islet cell transplantation (3,4).

These traditional methods are complicated and time consuming. Therefore, in this study, we attempted improve the methods detailed by previous reports (19). First, retrograde injection of indigo carmine solution was used to determine the location of the main pancreatic duct in the rats. Next, with the naked eye, the removal of the main pancreatic duct was carried out. Finally, the pancreatic ductal epithelial cells were isolated and subcultured using a digestive culture method. The method is reported in detail herein.

Retrograde injection of indigo carmine solution via the duodenal papilla

Three rats were selected for each experiment. The rats were subjected to fasting for 24 h, before they were anaesthetized with an intraperitoneal injection of 10% chloral hydrate solution (3 mL/kg). The chest and abdomen were disinfected with iodophor, and an incision was made in the upper abdomen midline. Surgical scissors were used to make an incision in the abdominal wall. The pancreas was then identified along the stomach, and the duodenum was exposed. The common bile duct was clamped with a 3.5 cm blood vessel clamp near the hilum of the liver. The duodenal papilla was identified along the inner side of the duodenum. A 1 mL syringe was used to perforate the duodenal wall on the opposite side of the duodenal papilla and was inserted approximately 0.5 cm into the common bile duct for retrograde injection of 0.2% indigo carmine mucosa staining solution.

Removal of the main pancreatic duct

The main pancreatic duct was separated from the surrounding tissue along its direction using microscissors and microforceps. After successful separation, it was cut with microscissors and placed in phosphate-buffered saline (PBS).

The second and fourth passages of pancreatic ductal epithelial cells were collected, and the cell lysates were investigated for CK-7 and CK-19 protein expression using the following procedure: The cells were collected using a cell scrapper, lysed with radioimmunoprecipitation assay (RIPA) buffer on ice for 30 min, and centrifuged at 12,000 rpm for 15 min. The supernatant was collected, and the protein concentration was measured. An appropriate volume of loading buffer was added to ensure equal protein loads, and the samples were boiled for 3–5 min. Twenty microliters of protein sample was separated using SDS-PAGE on a 12% separation gel and 5% stacking gel. The protein was transferred to a polyvinylidene fluoride (PVDF) membrane., which was then washed with deionized water, blocked in 5% BSA at room temperature for 1 h, and incubated with primary antibody overnight at 4 °C. Following this, the membrane was washed with 1×TBS-T buffer 3 times, transferred into the corresponding horseradish peroxidase (HRP)-conjugated secondary antibody solution, and incubated for 4–5 h at room temperature. The membrane was developed in enhanced chemiluminescent (ECL) solution.

Total RNA from the second and fourth passages of cultured pancreatic ductal epithelial cells and pancreatic tissue harvested after removal of the main pancreatic duct were extracted using TRIzol and were reverse-transcribed into cDNA in line with the manufacturer’s instructions. The PCR conditions were as follows: 95 °C for 2 min, and 40 cycles of 95 °C for 2 s, and 60 °C for 30 s. The primers are listed in Table 1.

The main pancreatic duct was revealed after retrograde injection of 0.2% indigo carmine mucosa staining solution via the duodenal papilla. This study showed that one or two main pancreatic ducts in the rats intersected with the bile duct at a right angle or an acute angle (Figure 1). 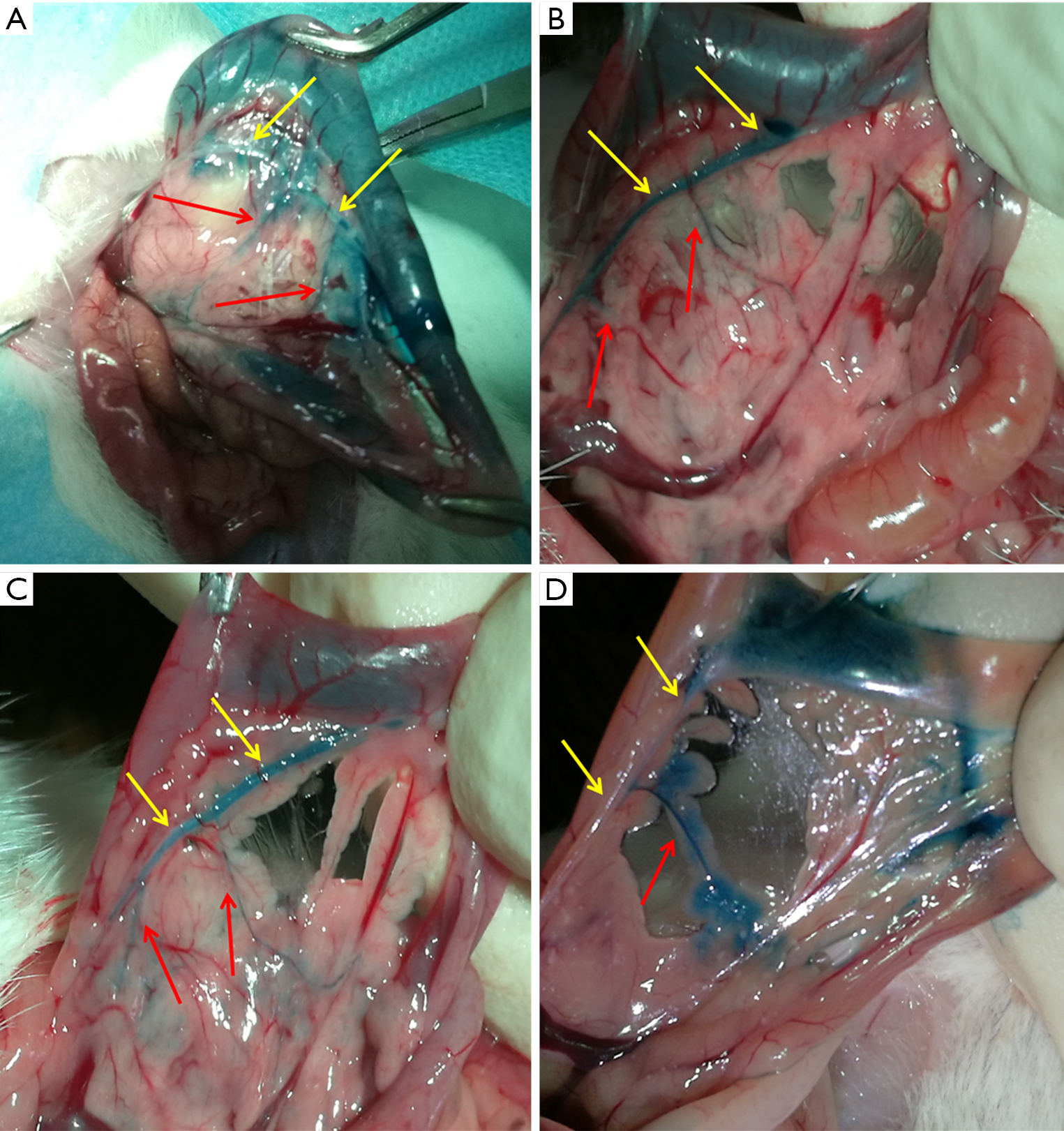 After 72 hours of culture, the cells were viewed under an inverted phase contrast microscope. The cells were observed to have crawled from the center of the main pancreatic duct tissue growing densely and adherently grown with a cobblestone appearance (Figure 2A,B). The peripheral cells grew sparsely (Figure 2C,D). 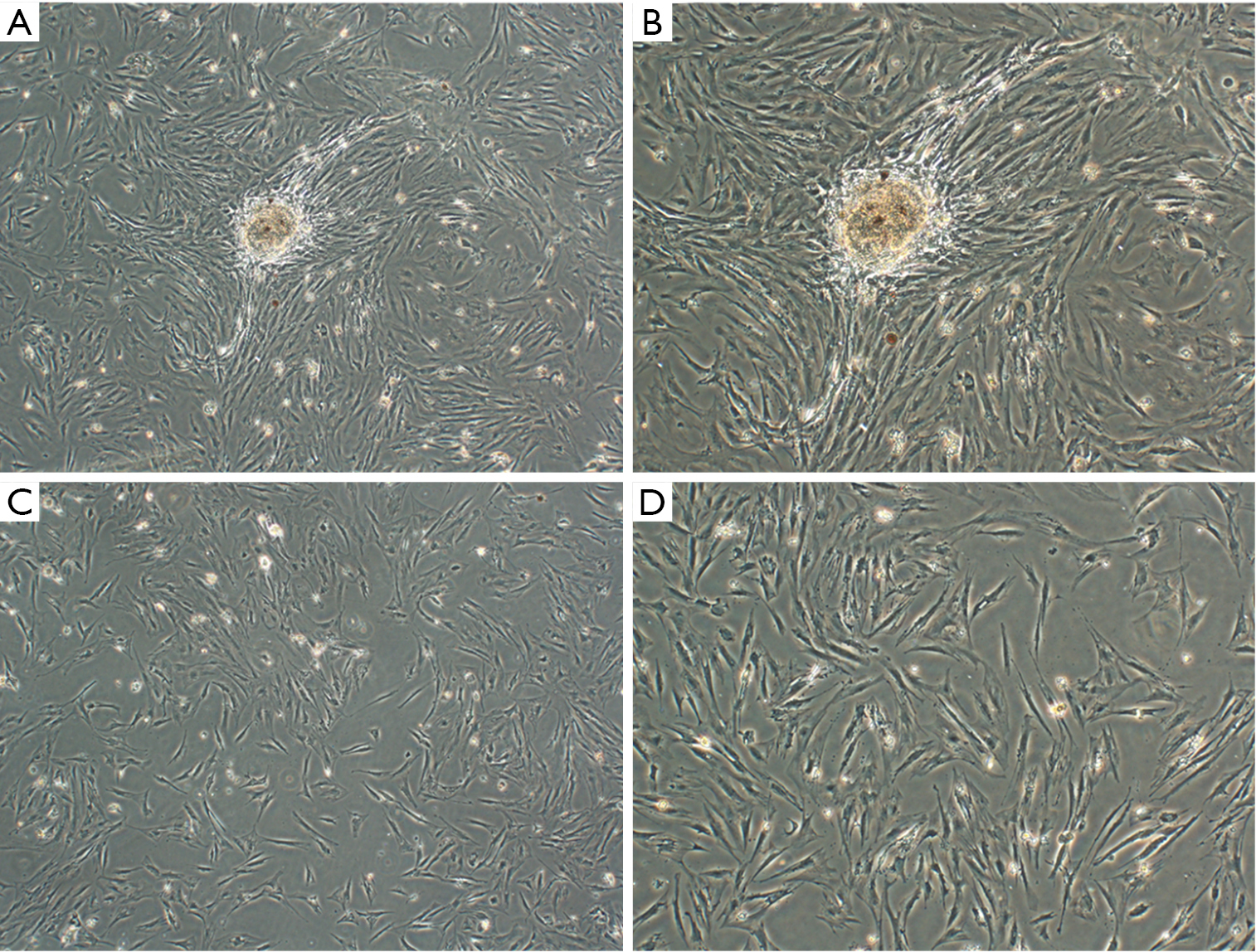 CK-7 and CK-19 were expressed in the second and fourth passage cells after subculture (Figure 3). 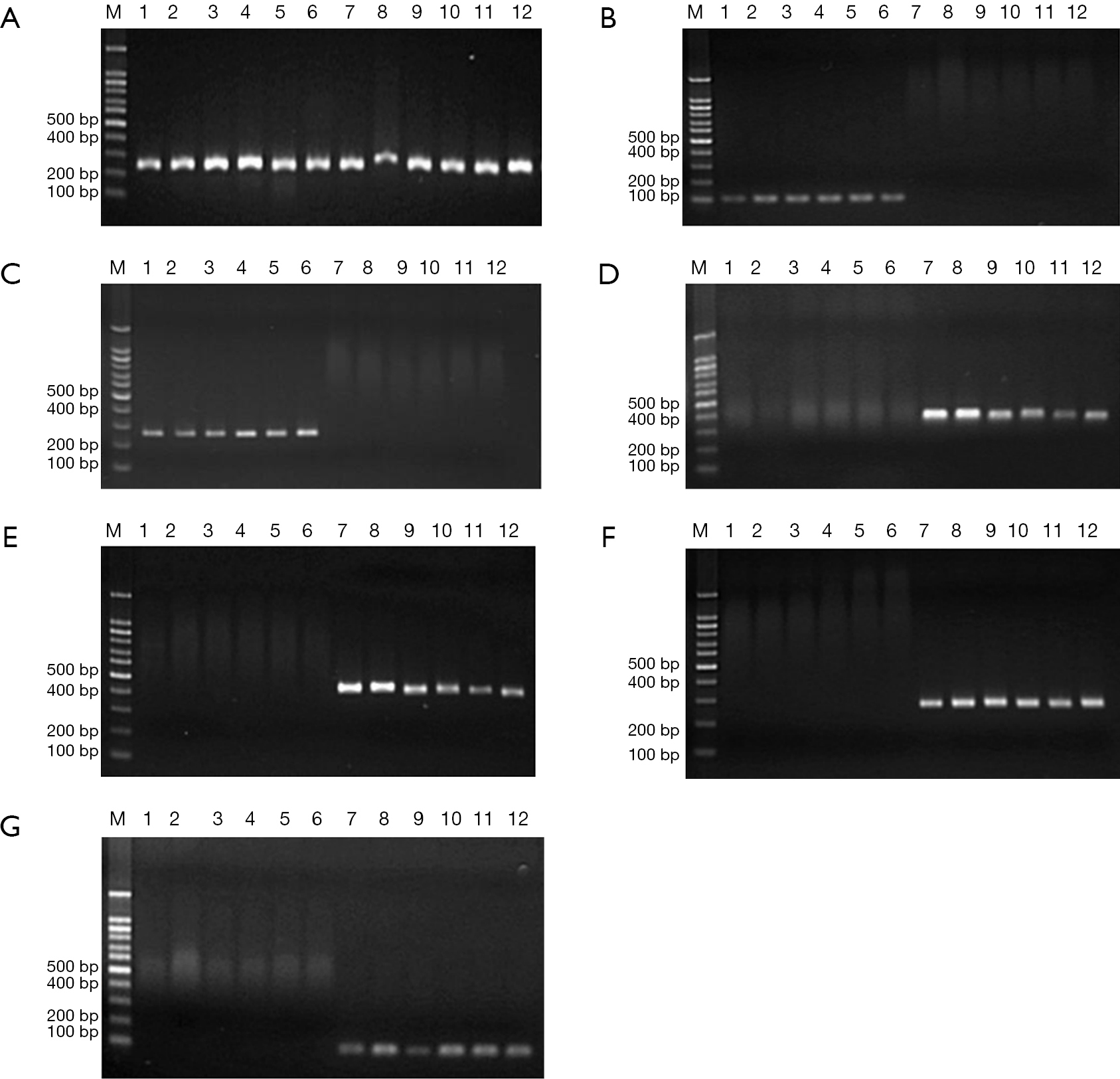 The culture medium is the basic growth solution and is an important factor for maintaining the growth of cells in vitro. In previous reports, RPMI-1640 or a 1:1 mixture of Hams F12 and DMEM was used as the base medium, and complete medium was prepared with the addition of different concentrations of penicillin-streptomycin, epidermal growth factor (EGF), keratinocyte growth factor (KGF), cholera toxin, bovine pituitary extract, dexamethasone, soybean trypsin inhibitor, triiodo-L-thyronine, 0.5× insulin/transferrin/selenium complex (ITS), and fetal bovine serum (10,19) . In this study, RPMI-1640 was supplemented with 0.1% penicillin-streptomycin and 10–15% fetal bovine serum to prepare complete medium, which can maintain cell growth for 4–6 weeks, with 7–10 passages, consistent with the report by Trautmann et al. (7).

In previous reports, laminin (19), collagen, polylysine (21), and other Matrigel coating materials were applied to the bottom of the culture flask/dish to promote the growth of pancreatic ductal cells. This study, however, did not use the above substances, but the cells still adhered and grew, which indicates that the aforementioned extracellular matrix substances are not necessary for the in vitro culture of primary rat pancreatic ductal epithelial cells. This finding is consistent with the results of Furukawa et al. (22).

However, this study provides preliminary results and is not without certain limitations. For example, due to the small number of primary cells, Western blot and q-PCR analyses were not performed on primary cells; however, this limitation is expected to be addressed in future studies.

Conflicts of Interest: The authors have no conﬂicts of interest to declare.

Ethical Statement: The authors are accountable for all aspects of the work in ensuring that questions related to the accuracy or integrity of any part of the work are appropriately investigated and resolved. This study was approved by the Ethics Committee of the First Affiliated Hospital of Guangxi Medical University (Nanning, China) (No. 201702032). All procedures in the animal studies were performed in accordance with the ethical standards of the institution or practice.