FAME (Fractional Flow Reserve versus Angiography for Multivessel Evaluation) and FAME-2 trials have demonstrated the improved outcomes with fractional flow reserve (FFR)-guided percutaneous coronary interventions (PCI) and established the essential role of FFR to reduce major cardiovascular events (1,2). However, FFR adoption is not up to the mark in many centers and the data are almost non-existent regarding racial and sex disparities in FFR-guided PCI utilization. Therefore, we proposed to assess the trends of racial and sex disparities in FFR-guided PCI utilization over the 5-year period between 2010 and 2014.

We studied the National Inpatient Sample (NIS) database between the years 2010 and 2014. The NIS, the largest all-payer in-patient sample of admissions throughout the US that is directed by the Healthcare Cost and Utilization Project (HCUP), represents over 95% US population (3). It contains data from more than 7 million hospital stays each year unweighted whereas weighted, it estimates more than 35 million admissions nationally. Using International Classification of Diseases procedure codes (ICD-9 CM) inpatient admissions for PCI (00.66), including bare-metal (36.06), drug-eluting stents (36.07) and FFR (00.59) utilization between 2010 and 2014 were examined. We used discharge weights provided by HCUP to achieve national estimates. 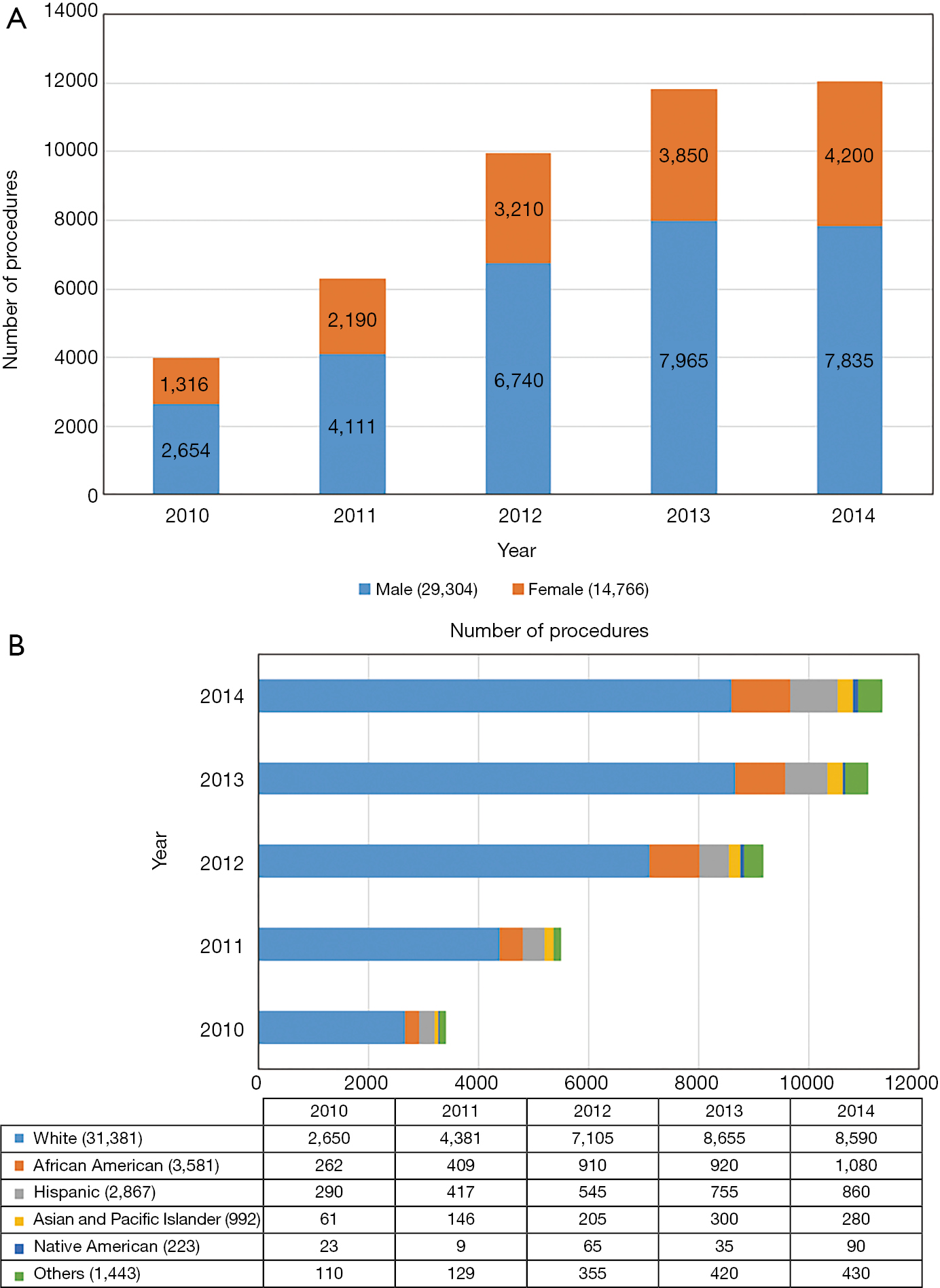 The study has potential limitations. Administrative errors in the coding cannot be ignored. Although we have the codes for both FFR and PCI, it is not possible to distinguish if procedures were performed on the same or on the different coronary vessels.