The report by Lonneke A. van Vught, a member of the Tom van der Poll group, is a very interesting report and the first “…omic” report on the comparison of hospital-acquired pneumonia (HAP) with community-acquired pneumonia (CAP) in critically ill patients (1). Both HAP and CAP are major causes of death (2). HAP is classified as a respiratory tract infection which develops 48 hours after hospital admission. HAP and CAP display differences in the spectrum of bacteria, the susceptibility of the bacteria to antibiotics and—also of great importance—the fact that, with HAP, the patient’s host defence is affected by concomitant diseases and therapy effects (3,4). Van Vught and his co-workers explicate in their paper that there is evidence from animal studies that nosocomial respiratory pathogens can suppress adequate host defense mechanisms (5). Therefore, their hypothesis is that patients suffering from HAP might have reduced inflammatory responses and a curbed innate immune response (Figure 1). 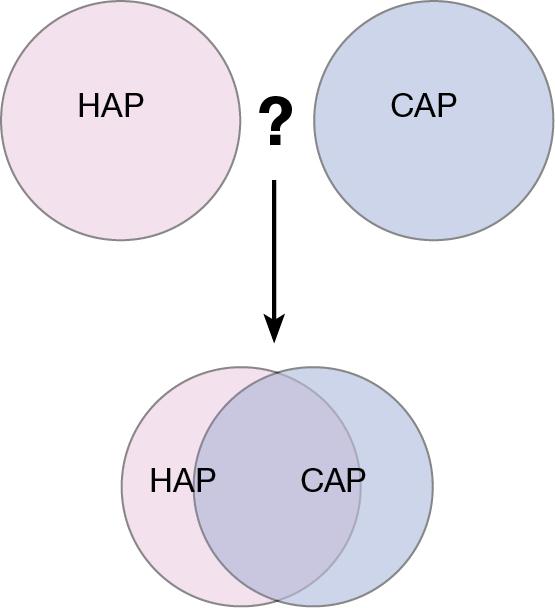 In the study a large number of HAP patients [222] were compared to an equally large number of CAP patients [231] from two intensive care units. In subgroups of the patients 19 plasma biomarkers were measured and a genome-wide blood gene expression profiling was performed. The abundant data from this study were presented in a condensed form in the main article, but many additional data were presented in the extensive online data supplement. Data on patient’s demographics, comorbidity, disease severity, outcome and mortality are presented in table 1. The HAP and CAP patients admitted did not vary greatly in terms of age or chronic comorbidities, with the exception of COPD. The latter was more prevalent in patients with CAP. The relevant score assessment shows that the severity of the disease was similar in both groups. Interestingly, gram-negative bacteria were more prevalent in HAP patients and vice versa.

Typical pro-inflammatory mediators such as TNF-α, IL-1β and IFN-γ were undetectable or very low and did not vary between HAP and CAP. Taken together no major differences could be detected between the two groups regarding the tested biomarkers. Interestingly, plasma fractalkine was recently reported from the same group as a sustained biomarker of severity of disease and outcome in sepsis patients (6).

The differential gene expression profiles revealed under-expressed genes in HAP, which were associated to the interferon signaling pathway. Over-expressed genes in HAP were associated with cellular junction processes and cell mobility pathways. On the whole, however, the gene profile of the host defence was predominantly normal (Figure 1). The elimination of cases with confirmed viral pneumonia, which were found more in CAP, did not change the analyses of the biomarkers.

The authors discuss both the strengths and the limitations of the study, such as the large sample size (strength) and the restriction of data to intensive care patients (limitation), which did not allow conclusions on patients from general wards and did not take into account the days prior to admission. Finally, the authors conclude that CAP and HAP patients mainly had similar clinical severity signs and outcomes and, for the main, no significant differences in host defense upon admission to the intensive care unit. This is the surprising result of this study and not expected. However, it is extremely important that further investigations are carried out and that therapeutical strategies are developed to treat these highly threatening diseases.

The author thanks Ann Söther for correction of the language and Ingrid Lang for providing the figure.