Biomedical implants able to stimulate sufficient osteointegration in the vicinity of the bone-material interface are essential for reducing the patient’s immobility time and for stabilizing the implant fixation in the long term. Hydroxyapatite (HA) is a biocompatible and osteoconductive material which exhibits high affinity for host bone tissues through mineral surface reactions. The mechanism of the formation and strengthening of the bone-HA interface was studied using high-resolution transmission electron microscope (HRTEM) and energy-dispersive X-ray (EDX) analysis (1) and it was suggested that the transition of crystalline to amorphous HA is the first critical step in the bone-implant bonding.

Osteoporosis is typically manifested by the systemic impairment of bone mass and microarchitecture (2). Bone quality deterioration can severely compromise the supporting ability of an implant especially in the cancellous bone area (3). The reduced bone mass resulting from the imbalanced bone resorption in osteoporotic bones can lead to failure in the immediate peri-implant bone region and ultimately to fixation failure. Non-resorbable HA particles have shown promising results improving osteointegration with a denser peri-implant bone structure (4) while clinical tests showed that the HA-coated prosthesis is beneficial to total-hip arthroplasty (5). Even though HA based coatings improve bone formation around implants, osteoporotic bones prevent the stable mechanical fixation for reasons largely unknown at the microscale but probably due to the decreased bone volume and structural deterioration apparent at the macroscale (6).

Bone mineral comprises of small crystallites of carbonate apatite, which is essentially calcium phosphate HA [Ca10(PO4)6(OH)2], where carbonate groups have replaced a fraction of phosphates and/or hydroxyl groups in the structure. The structure of HA has a hexagonal close packed arrangement with P63/m symmetry although monoclinic variants have also been proposed as energetically feasible. For pure HA the cell dimensions are 9.42 Å for the a- and b-lattice spacing and 6.88 Å for the c-lattice spacing (ICDD PDF-4 database, 00-055-0592). The lattice parameters of the apatite crystals largely depend on chemical substitutions for Ca2+, OH− and PO43−. The tendency for cationic and anionic substitutions is driven by the large ratio of surface area to volume which promotes the swift atom absorption and dissolution. The unit cell of pure HA has two different (i.e., non-equivalent) crystallographic sites for the ten Ca atoms: four 9-fold coordinated Ca1 polyhedra and six 7-fold coordinated Ca2 polyhedra (Figure 1) which form a channel along the c-crystallographic axis (7). 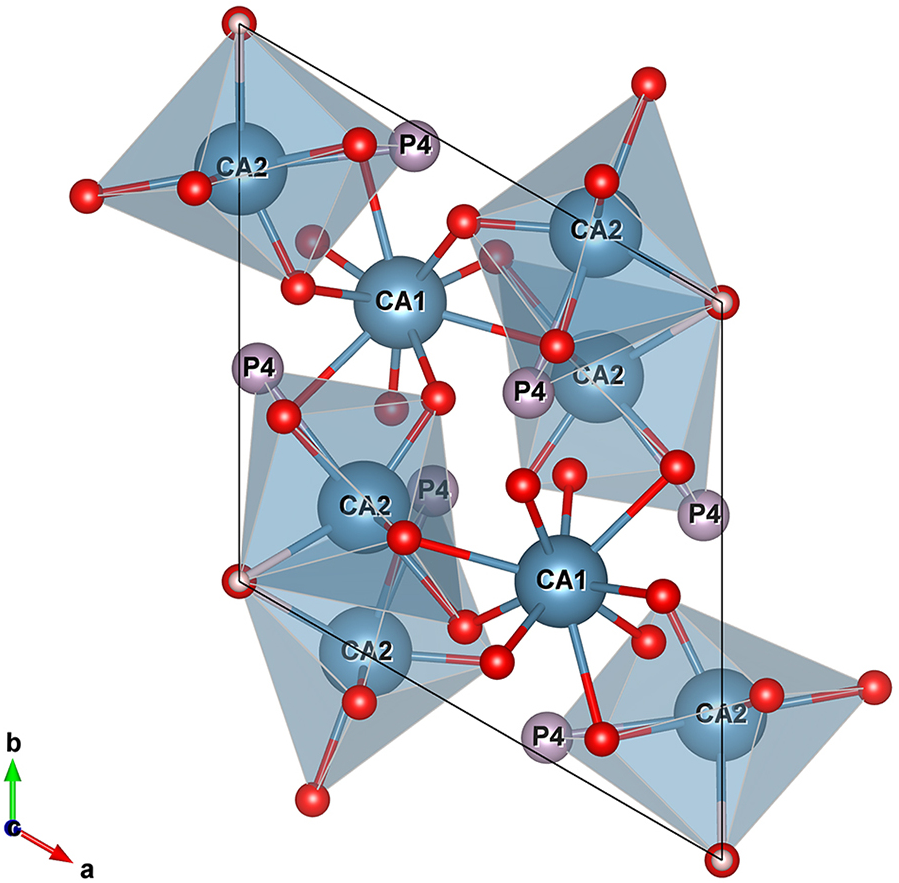 Figure 1 The unit cell of stoichiometric HA along the c-axis. HA, hydroxyapatite.

The osteointegration of an implant as a function of the biological response of HA can be significantly enhanced by pharmaceutical agents and/or doping HA with various ions (8). These substitutions can alter important physicochemical properties of the bone mineral like surface reactivity, thermal stability, and solubility rates (9). In particular, solubility is largely affected by porosity and crystalline properties (size and perfection). The latter vary inversely to chemical reactivity and it was found that apatites obtained by partial substitution of Ca2+ by Sr2+ yield higher solubility compared to pure HA without inducing any changes in the crystal structure (10). Both strontium and calcium belong to the group 2 of the periodic table and have common chemical properties. In this respect, strontium is characterized as “a bone seeking element” having similar charge/size ratio with calcium. Almost the total body content of strontium is in the skeleton although in small quantities compared to calcium. However, the amount of strontium in new bone is higher compared to old bone (11) and it is mainly distributed into trabecular sections (12). Strontium is suggested to be beneficial for bone in postmenopausal osteoporosis. Sr(II) salts have been shown to assist the replication of pre-osteoblastic cells promoting bone formation (13) and to a lesser extent, decrease bone resorption in vivo (14). In this way, a net gain in bone mineral density (BMD) during bone turnover is achieved, albeit in an uncoupled manner during the so-called “anabolic window” when bone formation autonomously surpasses bone resorption. Oral administration of Sr-salts results in adsorption of Sr ions on the apatite surface or substitution of Ca ions in the apatite crystal lattice at low ion exchange rates. Approximately only one in ten Ca ions is substituted by Sr ions (15). The latter procedure of ion exchange is more profoundly realized in new bone during remodeling. The effects of strontium on bone are dose dependent and although low doses stimulate bone formation, high doses have deleterious effect on bone mineralization (16,17). Prescription of Sr-salts acting as anti-osteoporotic drugs is not widely acceptable and it is still under debate (18,19). On the contrary, a lot of attention has been given to osteoporotic fracture repair by Sr modified bioceramics with improved osteointegration capabilities and minimal failure rates of implant fixation. Moreover, biocompatible Sr-doped HAs enhance the peri-implant bone formation more efficiently than administered strontium (20).

Li et al. (21) recently published a thought-provoking study to assess cancellous bone response to strontium-doped hydroxyapatite (SrHA) in ovariectomized (OVX) rats. They randomized twenty 3-month-old female Sprague Dawley rats with bilateral ovariectomy into two equal groups depending on the type of implants they received in the right distal femur after the application of the osteoporotic protocol. The implants were HA and SrHA (HA with 10 mol% calcium substituted by strontium) prepared by a chemical precipitation method and calcined to 1,050 °C for 0.5-hour. The implants specimens were fully characterized by multiple techniques. The surface topology was evaluated by scanning electron microscopy (SEM), the structural characteristics by X-ray powder diffraction (XRD), and the elemental ratio of Ca and Sr by EDX and inductively coupled plasma mass spectrometry (ICP-MS). The bone-implant interface was assessed 8 weeks after the implantation by micro-CT and histological image analysis. Results showed that SrHA is superior to stoichiometric HA in every parameter studied. Thus, the percentage bone volume, the bone-to-implant contact and the bone area density were increased by >40%, the mean trabecular thickness and the mean connectivity density by >30%, while the mean trabecular separation decreased by ~20%. The exact reason why SrHA improves the peri-implant bone density as well as the cancellous microarchitecture is still not known. Between the two HA types, no significant differences were observed in surface morphology and no secondary phases were detected after the Sr doping. On the other hand, crystalline size was increased, as expected, due to the incorporation of strontium atoms having larger atomic radius. In this work the beneficial effect of SrHA was attributed to the chemical properties of the strontium itself. A number of parameters have been considered in the literature which may partially explain the positive response of Sr-doped HA implants. Crystallinity is closely related to the dissolution of HA and in vivo studies have shown that HA coating of low crystallinity promotes faster initial bone fixation but higher crystallinity is better for long-term implantation (22). Moreover, for carbonated apatites, microstrain rather than crystallite size, plays the major role in solubility (23). Although the mechanism for the enhanced osteointegration at the bone-implant interface in the presence of strontium is unclear, the degree of substitution seems to be critical. Recent studies (24) indicate that SrHAs with approximately molar ratio of Sr/Ca =0.1 are not cytotoxic, they do not alter the structural properties of the HA and effectively promote osteogenesis not only in short-term osteoporotic rat models but also in long-term induced osteoporosis in an aged rat model. Finally, a new study (25) showed that 10% SrHA coating exhibited the best results for Ti-implants osteointegration and fixation compared with the analogous Zn and Mg HA-coatings in osteoporotic rats.

The article by Li et al. clearly shows that SrHA is a promising material for bone tissue engineering which promotes osteogenesis and improves the trabecular microarchitecture under osteoporotic conditions.