Ralf Weiskirchen, Professor, PhD was born in 1964 Bergisch Gladbach, North Rhine Westphalia (Germany). After his school education, he studied Biology and made his PhD at the University of Cologne (Germany). Thereafter, he worked as a Research Associate in the Institute of Biochemistry at the University of Innsbruck (Austria). Back in Germany he habilitated at the RWTH University Hospital Aachen and became a Professor assignment in 2007. Now he is the head of the Institute of Molecular Pathobiochemistry, Experimental Gene Therapy and Clinical Chemistry (IFMPEGKC) in Aachen.

His major research focus is the analysis of the molecular mechanisms underlying the pathogenesis of hepatic fibrosis. In the past, he has intensively studied general aspects of cytokine and chemokine activities and their signaling pathways. Therefore, he studied animal models of hepatic inflammation, fibrosis/cirrhosis and hepatocellular carcinoma. In addition, he isolated and established novel biomarkers or predisposition traits (SNPs, haplotypes) that allow determining the outcome of liver disease. The long-term objective of Professor Weiskirchen’s studies is to translate experimental findings into novel diagnostic or therapeutic strategies. During the last years he has also developed novel protocols for measuring and profiling metal concentration in experimental and clinical samples. The analytical protocols are based on laser ablation-inductively coupled mass spectrometry imaging, which allow visualizing relative and absolute element concentrations. Since hepatic metal overload (e. g. iron, hemochromatosis; copper, Wilson's disease) is relevant in the pathogenesis of hepatic inflammation, fibrosis and cirrhosis, the established protocols are diagnostically helpful for early detection of metal deposits.

Ralf Weiskirchen has authored over 300 articles in peer-reviewed journals that are cited very often resulting in a current h-index of 50. He has given a large number of presentations and lectures at medical and scientific conferences. He is editorial board member of a wealth of journals, and active member of the German Association of the Study of the Liver (GASL) and the European Association for the Study of the Liver (EASL). His scientific studies are integrated in a close network of national and international cooperations with many other laboratories and industrial partners and supported by the German Research Foundation (DFG) and the Interdisciplinary Center for Clinical Research (IZKF).

As a scientist interested in the pathogenesis and therapy of liver disease, he is honored to be part of the editorial board of Annals of Translational Medicine which aims to expedite the translation of scientific discovery into new or improved diagnostics and therapies.

Wolfgang Stremmel was born in 1952 in Cologne, Germany. He studied Medicine 1970 - 1977 in Cologne and finished his dissertation on cellular phospholipid metabolism at the department of Biochemistry in Cologne in 1977 where he was employed thereafter until 1978. He switched to Internal Medicine and Gastroenterology at the University Hospital in Düsseldorf 1978. From 1980 - 1982 he was sponsored by the German research council (DFG) for a fellowship at the Mount Sinai Hospital in New York City with Professor Paul Berk. During this fellowship he studied membrane transport mechanisms for bilirubin and fatty acids. Back in Düsseldorf, Germany he continued to work on fatty acid metabolism as well as on iron- and copper overload diseases. He advanced to senior fellow as well as assistant and associated professor. Thereafter he accepted in 1995 a call as full professor and director of the Department of Medicine (Gastroenterology, Hepatology, Infectious Diseases) at the University of Heidelberg, Germany. In 2018 he retired from this position and is now associated to the Institute of Pharmacy and Molecular Biotechnology at the University of Heidelberg.

Besides his clinical focus on gastroenterology, hepatology and infectious diseases, he concentrated his scientific interest on metabolic diseases, including hemochromatosis, Wilson disease and steatohepatitis. He discovered a pathogenetic concept for ulcerative colitis and primary sclerosing cholangitis, developed a new therapeutic concept for ulcerative colitis, tackled the problem of neurologic manifestation in Wilson disease and propagated an anti-inflammatory therapeutic concept for liver inflammation. His interest is basic science to discover new avenues within the pathogenesis of diseases, e.g. mechanism how fatty acids enter cells and vectorial phosphatidylcholine transport in epithelia.

Wolfgang Stremmel has published over 600 original articles in peer-reviewed journals. His scientific work was continuously embedded in single and cooperation research funding by the German research council (DFG). He was awarded by the highly recognized Gottfried Wilhelm Leipzig research program, the Thannhauser decoration of the Germany Gastroenterological Association (DGVS), the European Price of Gastroenterology and he also received an honorary doctorate from the University of Tiflis, Georgia. 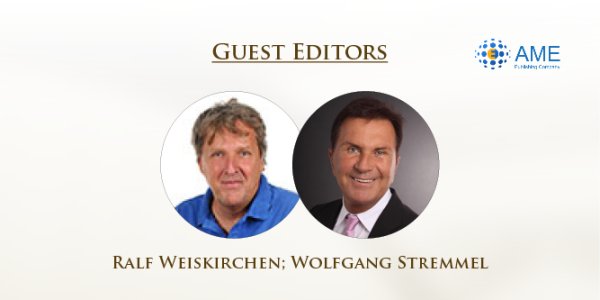