Klebsiella pneumonia is a common opportunistic Enterobacteriaceae bacterium, which mostly affects patients with compromised immune systems, and causes various system infections. In the past decade, abusing antibiotics, especially third-generation cephalosporins and carbapenems, for Klebsiella pneumonia infections led to a rapid increase in drug resistance (1). In 2007, a carbapenem-resistant Klebsiella pneumonia (CRKP) was reported firstly in Zhejiang Province (2). Given CRKP’s receptivity to horizontal gene transfer and recombination with mobile genetic elements, it had been reported in every province in China and many parts of the world (3). CRKP was resistant to most antimicrobials and caused high rates of morbidity and mortality and had become an emerging threat to public health worldwide (4). China Antimicrobial Surveillance Network (CHINET) showed the rate of carbapenem resistance to the Enterobacteriaceae had risen from 0.7% in 2000 to 14% in 2015, and the carbapenem resistance rates to K. pneumoniae had increased from 3% in 2005 to 18.9% in 2016 (5,6).

In a multicenter retrospective research in China, the incidence rate of Carbapenem-resistant Enterobacteriaceae (CRE) infection was average 4.0 per 10,000 discharges (7), which was slightly higher than the incidence of European countries and the United States, 1.3 per 10,000 hospital and 2.93 per 100,000 population admissions, respectively (8,9), but the detail material displayed in one hospital from northern Jiangsu Province, the incidence was a staggering 14.9 per 10,000 discharges in this study, which was higher than the national average (4.0 per 10,000 discharges) (7). The reason caused such a high incidence of CRE was unknown, and most previous studies focused on the analysis of risk factors and molecular epidemiology of CRKP and rarely involved the burden of disease in CRKP patients. So, the epidemiological information survey was necessary for the prevention and control of CRKP.

Previous research showed CRKP isolates accounted for the absolute advantage of clinical CRE strains in China (10), so in the current study, we aimed to collect CRKP isolates to investigate such a high CRE infection incidence, by examining the patient’s disease burden and molecular epidemiology of antibiotic resistance genes, and the relationship between each other to obtain the measures to control and treat infection of such strains.

The Hospital Ethics Clerk approved the study. The medical records and biological specimens used in this retrospective study were obtained from earlier clinical diagnosis and treatment, and the committee exempted the patient’s informed consent.

A retrospective, epidemiologic surveillance survey of CRKP infection was conducted in a tertiary hospital with over 4,000 beds in northern Jiangsu province, China from January to December 2016. Inpatients with CRKP positive cultures from either blood, cerebrospinal fluid (CSF), lower respiratory secretion, urine or wound secretion were selected for clinical characteristics investigation. Scheduling of all surveillance survey was designed to gather clinical and epidemiologic information, containing specimen tested time, type of culture specimen, sample origin, vital statistics, hospital-acquired or community-acquired infection, the tourist history, health care history in the past year, medical conditions experienced, invasive operation and history of antibiotic use within 30 days before culture, types of infection, clinical signs, therapy, and outcomes.

Seven housekeeping genes (gapA, infB, mdh, pgi, phoE, rpoB and tonB) for multilocus sequence typing (MLST) were amplified according to protocols provided on the K. pneumonia MLST website (http://bigsdb.web.pasteur.fr/klebsiella/klebsiella.html). The sequences of the polymerase chain reaction (PCR) products were performed by comparing it with the international K. pneumoniae MLST database to get the sequence type (ST).

If a Klebsiella pneumoniae strain were resistant to at least one of the carbapenem agents (imipenem, ertapenem and meropenem), it would be defined as a CRKP according to the recommendation of the Center for Disease Control and Prevention. 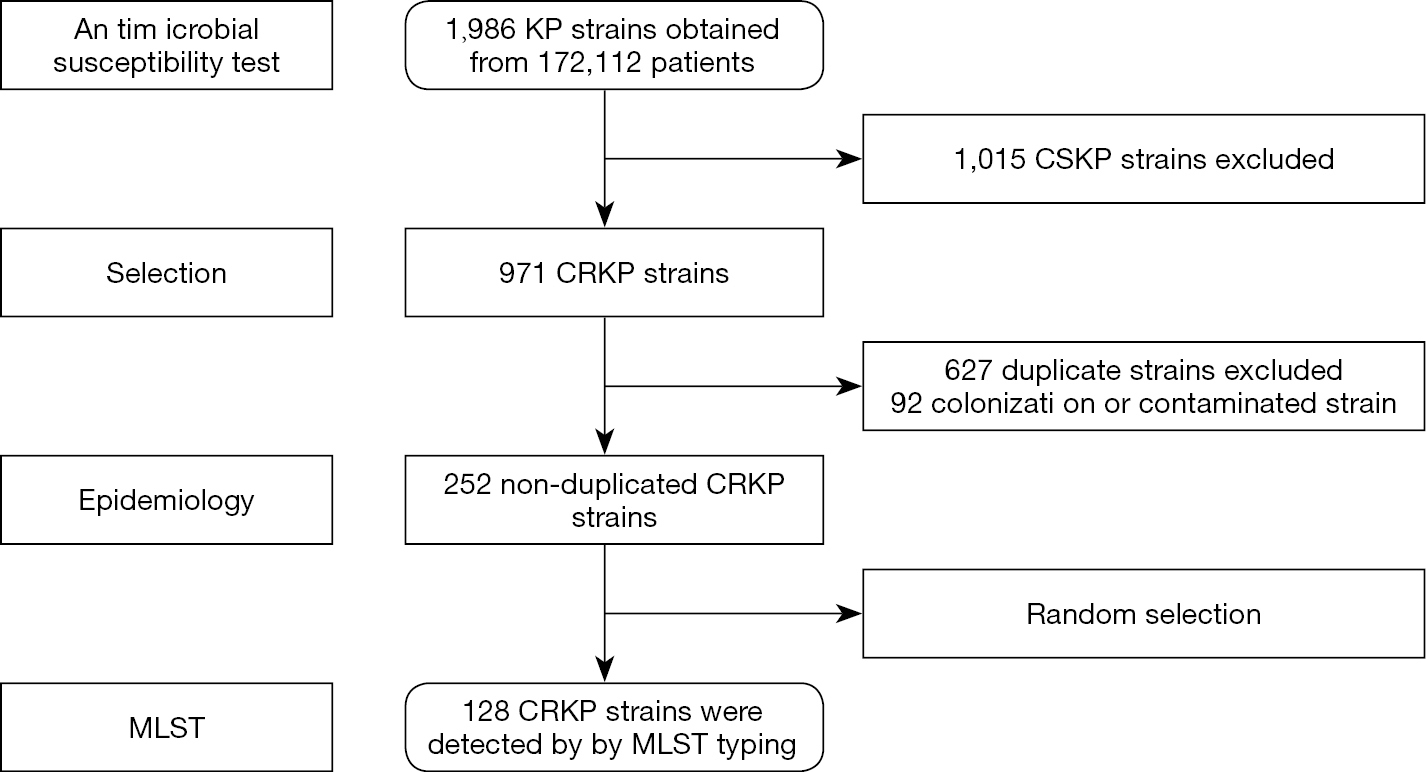 Figure 1 A flowchart for the CRKP choice process in this study. CRKP, carbapenem-resistant Klebsiella pneumoniae.

The antimicrobial resistance profiles of 252 CRKP strains are summarized in Table 3. All CRKP strains showed multidrug resistance, i.e., they showed resistance to 3 or more classes of drugs. Of these 252 CRKP strains, they showed an exceptionally low sensitivity rate (6/252, 2.4%) to meropenem, while displayed nearly complete resistance to ertapenem and imipenem except for 2 isolates showed intermediate to imipenem. And all isolates showed resistant rates of more than 95% to ceftazidime, ceftriaxone, cefotaxime, cefepime, aztreonam, piperacillin/tazobactam. Amikacin, Trimethoprim/Sulfamethoxazole, gentamicin and levoﬂoxacin showed activities against CRKP with resistant rates of 58.7%, 78.3%, 84.5% and 88.5%, respectively. Polymyxin and tigecycline remained excellent susceptibility (>90%). 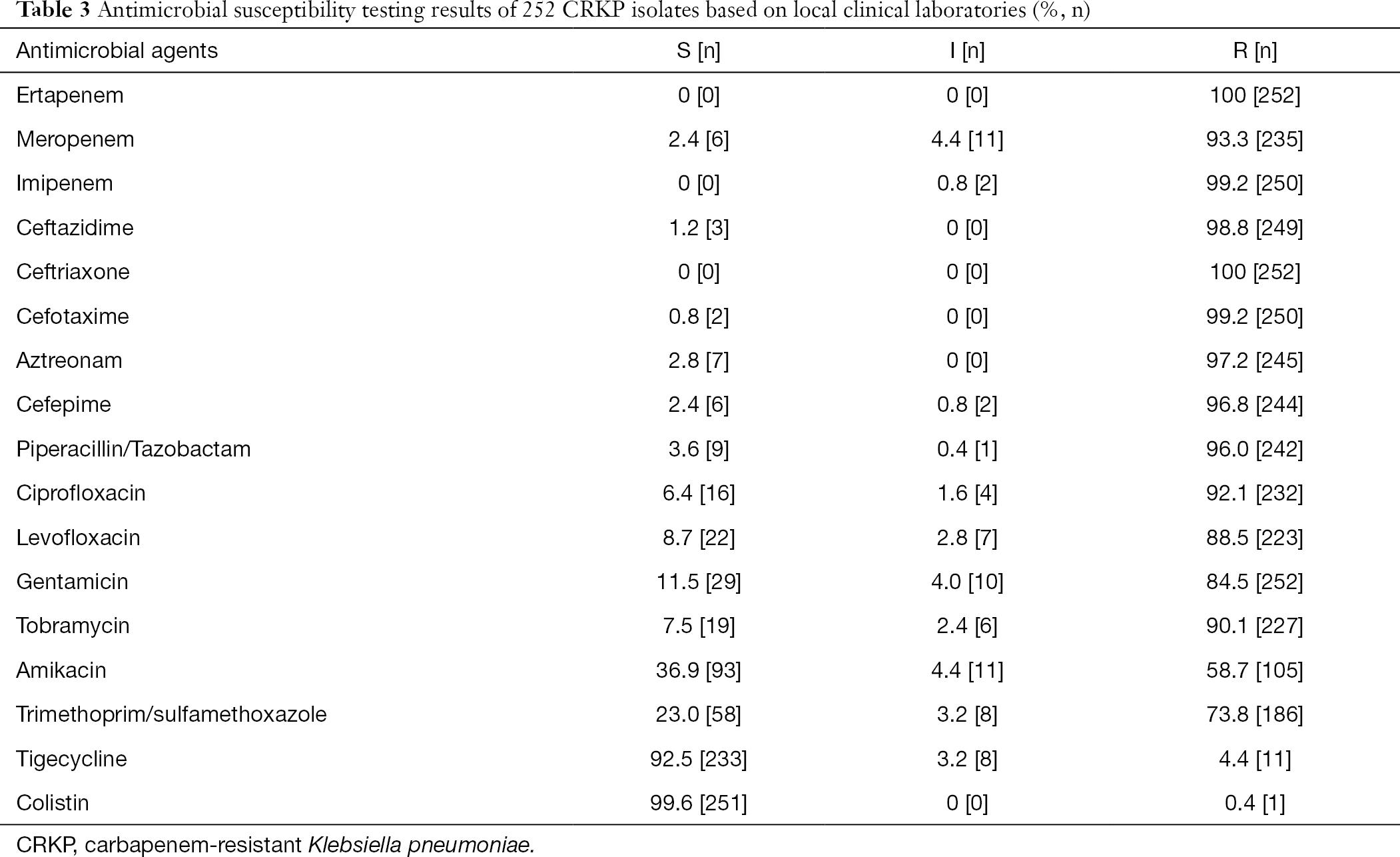 Figure 2 An eBURST analysis of the K. pneumonia MLST database (accessed on August 10, 2019). The sequence types found in this study were marked with pink circles.

Infections caused by CRKP, with increasing resistance rates and mortality, are a pressing issue for public health (11). Previous multicenter or multinational studies showed the CRE incidence in the European countries, the United States and China, which was 1.3 per 10,000 hospital admissions, 2.93 per 100,000 population and 4.0 per 10,000 discharges, respectively (7-9). But the details of the report show that CRE incidence a hospital in Jiangsu, China, shows an amazing 14.97% per 10,000 hospital discharges (7). Given the absolute advantage of CRKP strains in the proportion of CRE strains, our study combined the patient-based disease burden and the epidemiological characteristics of clinical CRKP infection cases to reveal the cause of high incidence in this hospital. The current study showed the annual CRKP infection incidence of the hospital during 2016 was 14.64 per 10,000 hospital discharges and 13.78 per 100,000 patient days. The level of CRKP infection incidence was consistent with previous reports, which was far higher than the level of European and American countries and the average level of China (7,8).

As previously reported, elderly patients, hypertension, diabetes, ICU stay, neurological disease, lung disease, and various aggressive procedures are important risk factors for CRKP infections (12,13). Demographic data in our study showed that the incidence of most risk factors was almost the same as the national level, but the incidence of ICU stay and various aggressive procedures was significantly higher than the national average level (7). To our best knowledge, the patient’s disease burden, higher urinary tube use (89.29%), tracheotomy (30.56%) and ICU stay (29.76%) may be significant contributors to CRKP with high incidence in this hospital.

Several mechanisms are leading to carbapenem resistance. Carbapenemases, which are largely responsible for resistance, include KPC, NDM-1, VIM, IMP, OXA-48 and so on (16). These enzymes can be encoded not only by chromosomal genes but also by mobile elements obtained, such as plasmids and transposons, which is the main reason for the rapid spread of the epidemic. Producing KPC is the most frequent mechanism of resistance to carbapenems in K. pneumonia. KPC-producing K. pneumoniae has spread worldwide in the past decades. In China, KPC-2 is the main cause of carbapenem resistance. In China, KPC-producing is the most common mechanism for carbapenemase resistance in K. pneumoniae (17). Following the earlier previous report, we detected 120 (93.8%) stains harbored the KPC-2 carbapenemases. Two class B metallobeta-lactamases, NDM (NDM-1, NDM-5) and IMP-4 were detected in 4 isolates. This suggested that KPC-2 producing was the main cause of carbapenem resistance in this hospital.

The patients with CRKP infection in the hospital were mainly concentrated in the ICU (204/252, 80.95%) ward, and the lower respiratory tract infections (209/252, 82.94%) were the main type of infections. It has been reported the major MLST type of CRKP was ST11 in China (18). The MLST analysis in our study showed that the most prevalent clone was ST11 (98/128, 76.6%), which were also mainly from the lower respiratory tract infections and ICU ward. In this KPC-2 type producing CRKP, the drug-resistant genes, which are mediated by plasmids, are extremely easy to spread horizontally among bacteria and are likely to cause outbreaks of nosocomial infections (18). This highly aggregated KPC-2 producing CRKP with lower respiratory tract infections from the ICU ward suggested some possible local outbreak in this hospital. And outbreaks in some specific wards possibly played a major role in higher CRKP incidence in this hospital and caused a high mortality rate (38.09%), which ranged from approximately 20% to 70% in previous data (7,19). The possible outbreaks need to be brought to the attention of the infection control department, and some effective measures should be implemented to reduce the higher CRKP incidence of this hospital.

Colistin belongs to the family of cationic polypeptide antibiotics, with broad-spectrum ability against multiple resistant bacterial infections, which is commonly supposed to the last line of defense to the CRE infections, but the description of colistin resistance by a plasmid-mediated resistance gene, blaMCR-1, in 2015 raised concerns in CRKP (20). To our best knowledge, one isolate was resistant to meropenem, ertapenem, imipenem, and colistin except for tigecycline in this study, and both MCR-1 and KPC-2 genes were detected. Both genes harbored in one strain were reported in Brazil, which was plasmid-mediated and detected in K. pneumonia ST437 (21). This is the first report of K. pneumoniae ST11 co-harboring the blaKPC-2 and blaMCR-1 in China, suggesting that the difficult situation of K. pneumoniae resistance in this hospital.

We have to admit that our research has some limitations, such as the sample size is not large enough, and some clinical data cannot be fully obtained to reflect the actual infection situation. However, we did find some unique reasons for the high incidence of CRKP. Patient’s disease burden, contained higher urinary tube use, tracheotomy, ICU stay, generation cephalosporins and carbapenems exposure history, and some possible outbreaks of KPC-2-producing ST11 CRKP in specific wards played major roles in higher CRKP incidence in the hospital. These results suggest that targeted measures to reduce patients’ disease burden and control cluster outbreaks should be implemented in this hospital to control the high incidence of CRKP.

Conflicts of Interest: All authors have completed the ICMJE uniform disclosure form (available at http://dx.doi.org/10.21037/atm.2020.03.122). The series “Advances in Laboratory Tests for Infectious Diseases” was commissioned by the editorial office without any funding or sponsorship. BG served as the unpaid Guest Editor of the series and serves as an unpaid Managing Editor of Annals of Translational Medicine. The other authors have no other conflicts of interest to declare.

Ethical Statement: The authors are accountable for all aspects of the work in ensuring that questions related to the accuracy or integrity of any part of the work are appropriately investigated and resolved. The Ethics Committee approved the study of the Affiliated Hospital of Xuzhou Medical University (IRB: XYFY2015-JS005-01).