Sepsis is a leading cause of mortality and morbidity globally (1). Unfortunately, given wide variations in practices and resources available, there are significant variations in outcomes among different regions of the world (2). Ever since the seminal study was done by Rivers et al. demonstrated that patients with severe sepsis and septic shock warrant early, goal-directed care (3), there has been a paradigm shift on how this disease state is managed.

Ding et al. provide an interesting perspective into existing data surrounding the efficacy of early goal directed therapy (EGDT) (4). In their meta-analysis, the authors describe 16 randomized control trials (RCTs) comparing mortality between EGDT and usual care (UC). Of note, the selected studies offer a thought-provoking insight into the wide variations in UC outcomes of severe sepsis and septic shock globally. As demonstrated in the accompanying picture, traditionally well-resourced countries demonstrate impressive outcomes in their UC arms (Figure 1). On the contrary, mortality in the UC arms in other parts of the world has been shown to significantly higher. 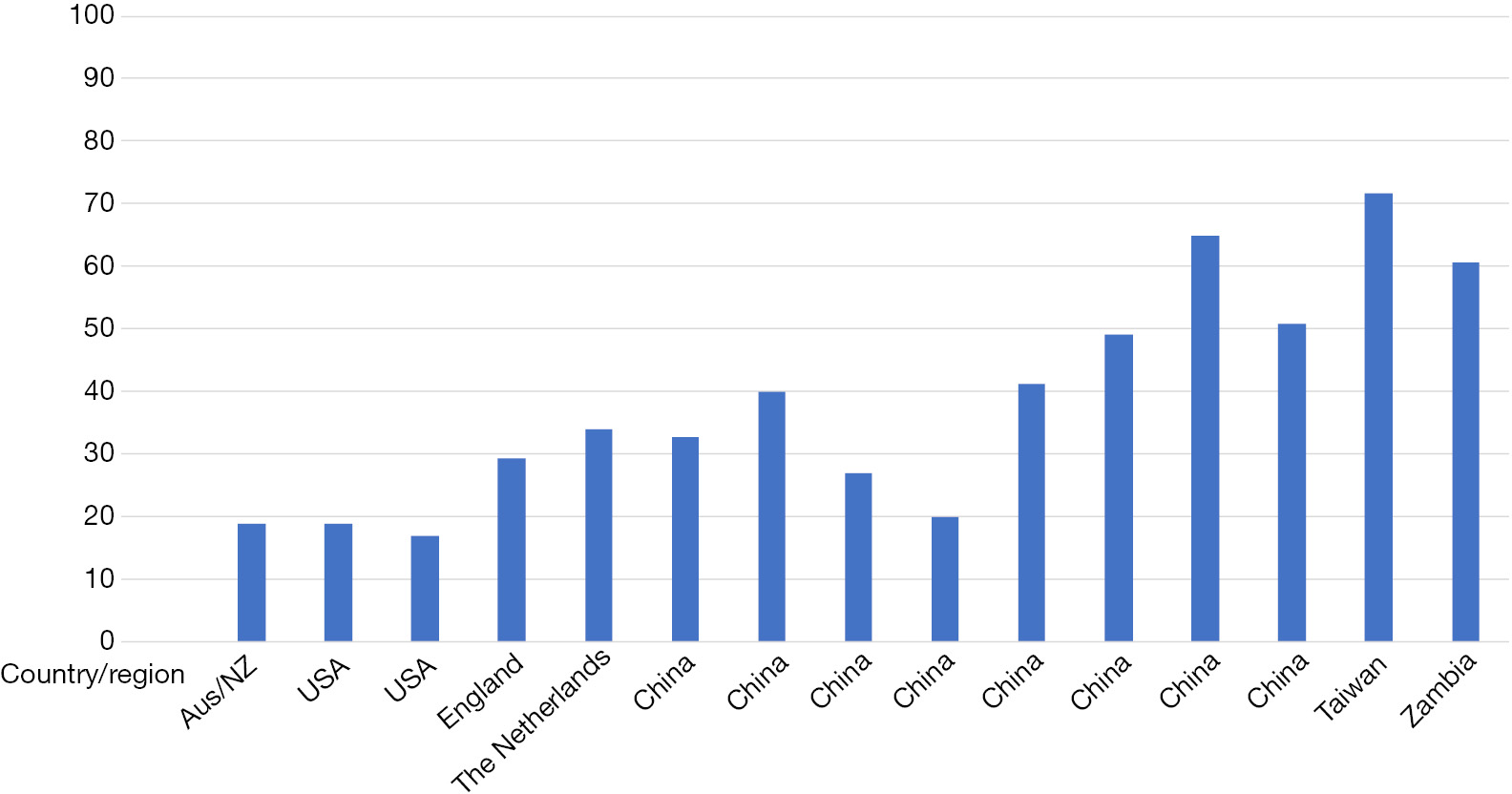 Figure 1 Variations in mortality rates in the usual care arms of randomized controlled trials comparing usual care to early goal directed therapy in patients with severe sepsis or septic shock [the results of the study by Rivers et al. (3) has been left out of this figure as this is seen as the landmark study].

It is in this context that we should compare the effectiveness of EGDT. In the three large RCTs comparing EGDT to UC (ARISE, PROCESS and PROMISE) (5-7), the mortality rates in the UC arms were between 18–30%. It is also in these studies where there was no marked difference between EGDT and UC. While this can be misinterpreted as “EGDT is not effective”, the more accurate way of explaining these findings is that these centers were implementing early, targeted care in their UC arms, thus negating any benefit that EGDT might show. As demonstrated by Nguyen et al. (8), the UC arms in these three RCTs all received fluids (3.9–4.3L in the first 6 h), hemodynamic support (44.1% to 57.8% in the first 6 h) and had antibiotic administration as a prerequisite to study enrolment. Additionally, the baseline ScvO2 levels in these three studies are similar to the post-resuscitation ScvO2 in the EGDT arm of the Rivers trial- further evidence that patients were well resuscitated in both UC and EGDT arms of these trials. It is probably because of these measures that there was no significant difference in outcomes when comparing EGDT to UC in these trials.

When we take this in contrast to studies comparing EGDT to UC/LGT in less resourced areas of the world, the benefits of EGDT are marked. Absolute risk reduction in death ranges from 18–20% (9,10) when EGDT is applied to such less resourced areas. In these studies, UC was markedly different compared to EGDT-amount of fluid administered and delays in vasopressor administration; this might have led to an improvement in outcomes when protocolized care was initiated.

This reflection is also emphasized by the forest plot in the Figure 4, where EGDT shows superiority to UC prior to the SSC 2012 guidelines. The SSC 2012 guidelines were a resource document providing recommendations on early management of sepsis and septic shock; there is ample evidence that implementation of these guidelines improves outcomes (11,12). The absence of superiority of EGDT over UC is most likely because of an improvement in the latter due to implementation of the SSC guidelines.

The Ding et al. meta-analysis therefore summarizes an obvious fact- protocolized care will improve outcomes if UC is suboptimal. As Emergency room and ICUs across the world ramp up their efforts to be able to identify and manage unstable patients rapidly- irrespective of their underlying etiology, be it trauma, sepsis or acute coronary syndromes- we hope to see the differences between protocolized care and UC continue to narrow.